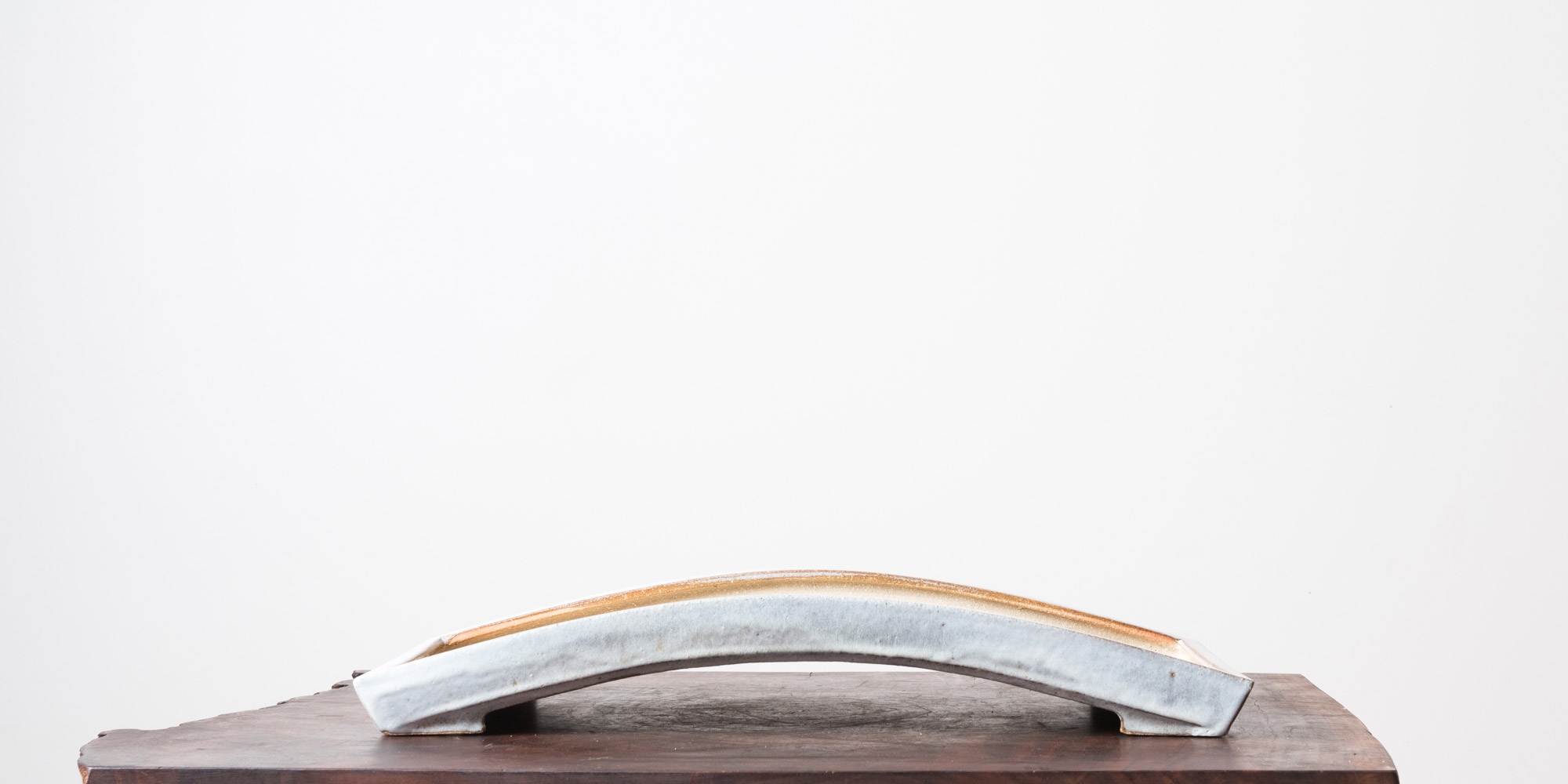 Tom Benda - Learning from the masters, perfecting the ceramic body

In the Czech Republic, there is a ceramicist wood-firing bold bonsai pots, rivaling the best craftsmanship in Japan and worldwide. This is Tom Benda, a celebrity here at Mirai. Tom’s infectious love for the craft and commitment to unbridled creativity defines him as a Mirai collaborator.

The Mirai team got to sit down with Benda and dive a little deeper into his creative process. Through a patchy cellular connection, we began speaking about his early days with the craft. 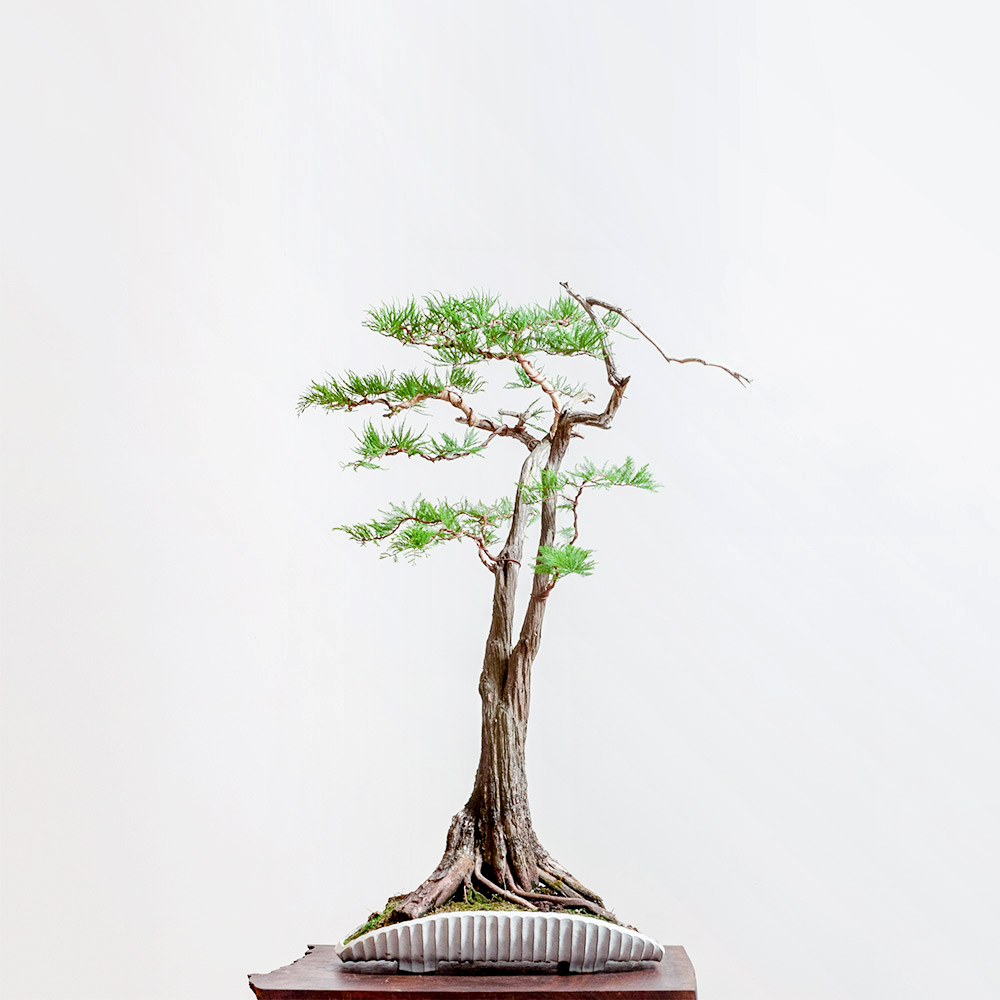 Benda began dabbling in ceramics in the early 2000s out of necessity, as a bonsai practitioner who couldn’t afford fancy pots for his trees. “I bought a batch of clay and tried to make a pot. I just learned by myself and by failure.”

“There’s everything hidden in a piece of clay,” he describes, “the clay is informing me… the design emerges itself."

Benda describes how he first learned by copying and repeating some simple designs. He then began imitating the traditional works of Chinese and Japanese ceramics to nail down technique. Being able to work proficiently with these traditional designs allowed Benda’s talent to stretch its legs.

He says from there his work took off: “Once I learned it, immediately the new styles emerged because once you learn how it works, how the older craftsman made these pots, you already can feel it with your hands.”

The continuity in design is what makes Benda’s work unique and highly sought after. His shapes are angular and repetitive, but perfectly proportionate and balanced—like sacred geometry with deepening levels of coinciding shapes. The designs are timeless and simple. They elevate bonsai with a gravitational boldness, working as a strong component of the composition as opposed to a supporting accent.' 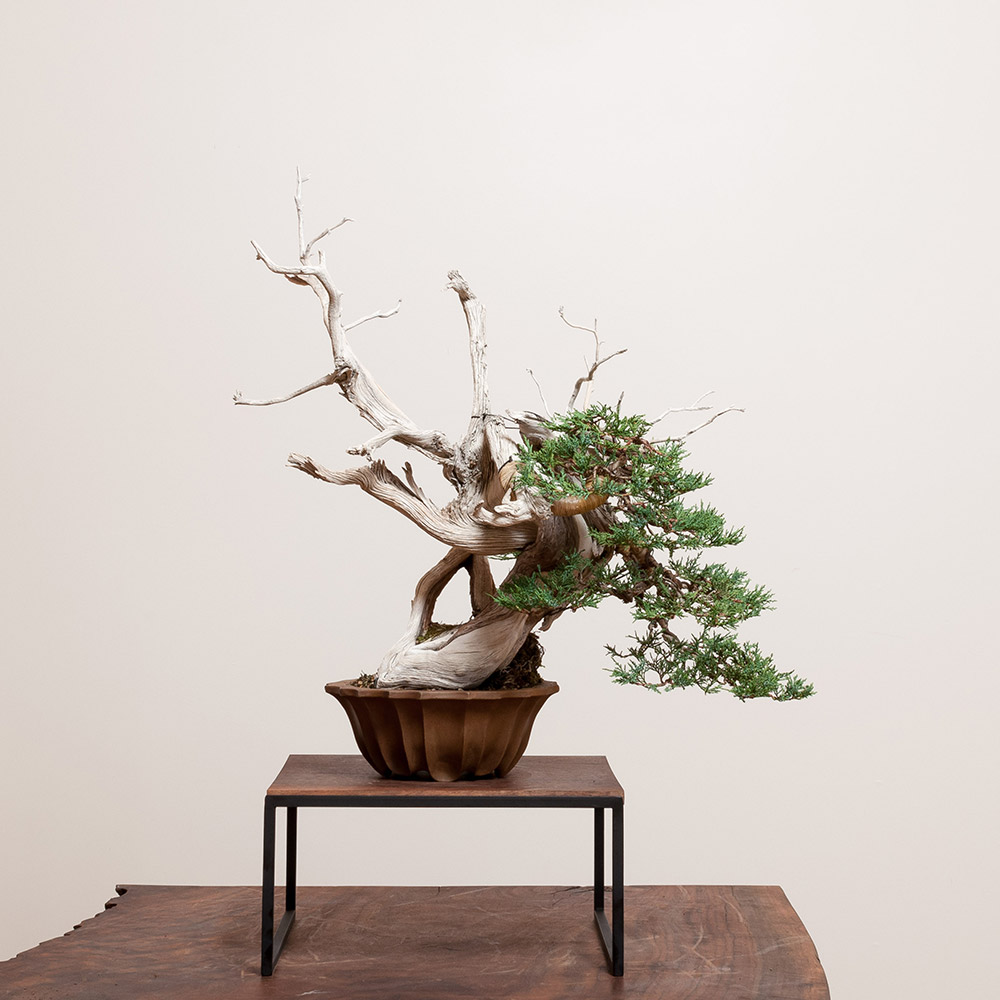 "The designs are timeless and simple. They elevate bonsai with a gravitational boldness." 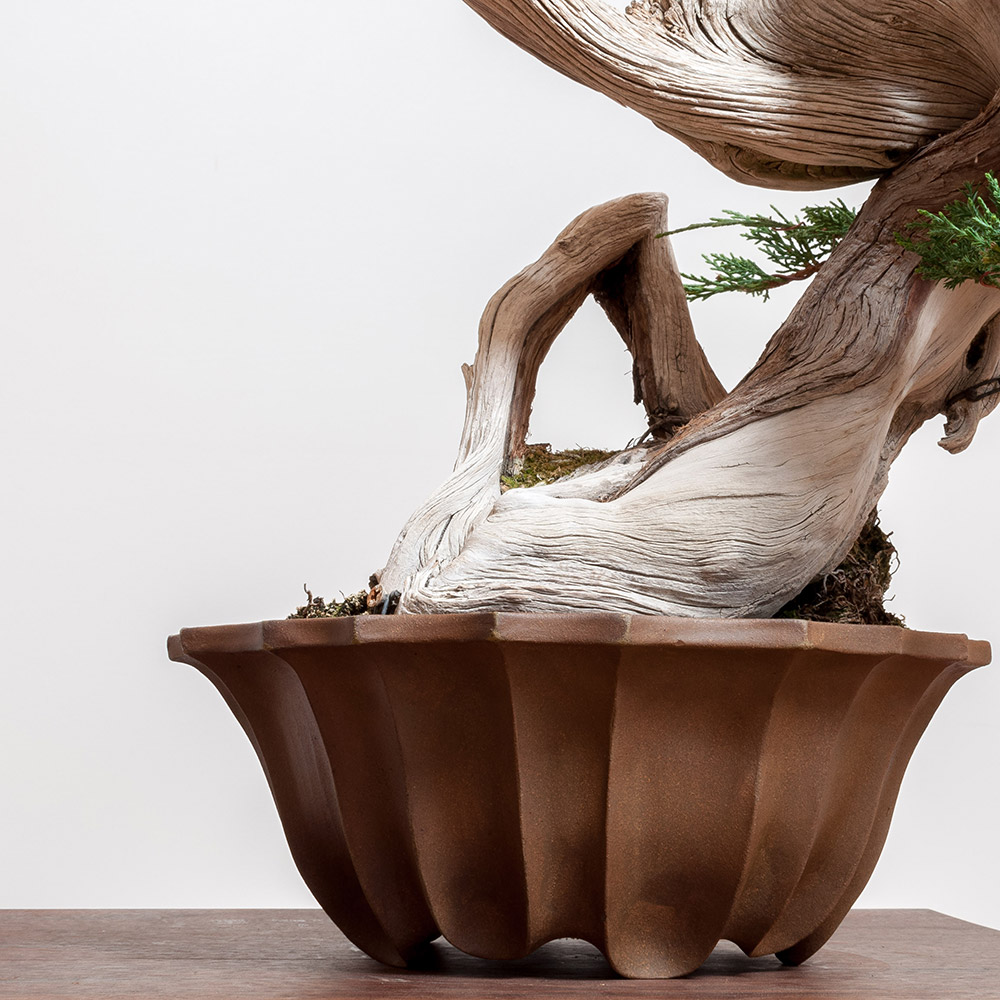 Tom Benda is an absolute anomaly. He is a self-taught master craftsman whose hands are a conduit for the medium. “There’s everything hidden in a piece of clay,” he describes, “the clay is informing me… the design emerges itself. It’s not much of my own ideas.”

The tenants behind Benda’s creation are reminiscent of Scandinavian design--strip away the pomp and circumstance to create a product that exemplifies the natural material. Benda lets the clay guide the design, describing his creative process as playful; “when you are working, you are not working, you are just playing and you are enjoying it.”

“The pots are not perfectly symmetrical. But that’s a great thing, I think. If they were perfectly cast by a machine then they would not be so beautiful as if made by a human.”

Although he speaks of aspiring towards perfection, and he gets damn close, he coins the subtle imperfections in his work as a human softness. “The pots are not perfectly symmetrical. But that’s a great thing, I think. If they were perfectly cast by a machine then they would not be so beautiful as if made by a human.”

Benda’s pots exemplify the rudimentary tensions of intentional design. His style is geometrically driven but somehow incredibly organic. He melds form and function into seamless masterpieces. He maintains integrity to traditional roots while also pushing the limit. 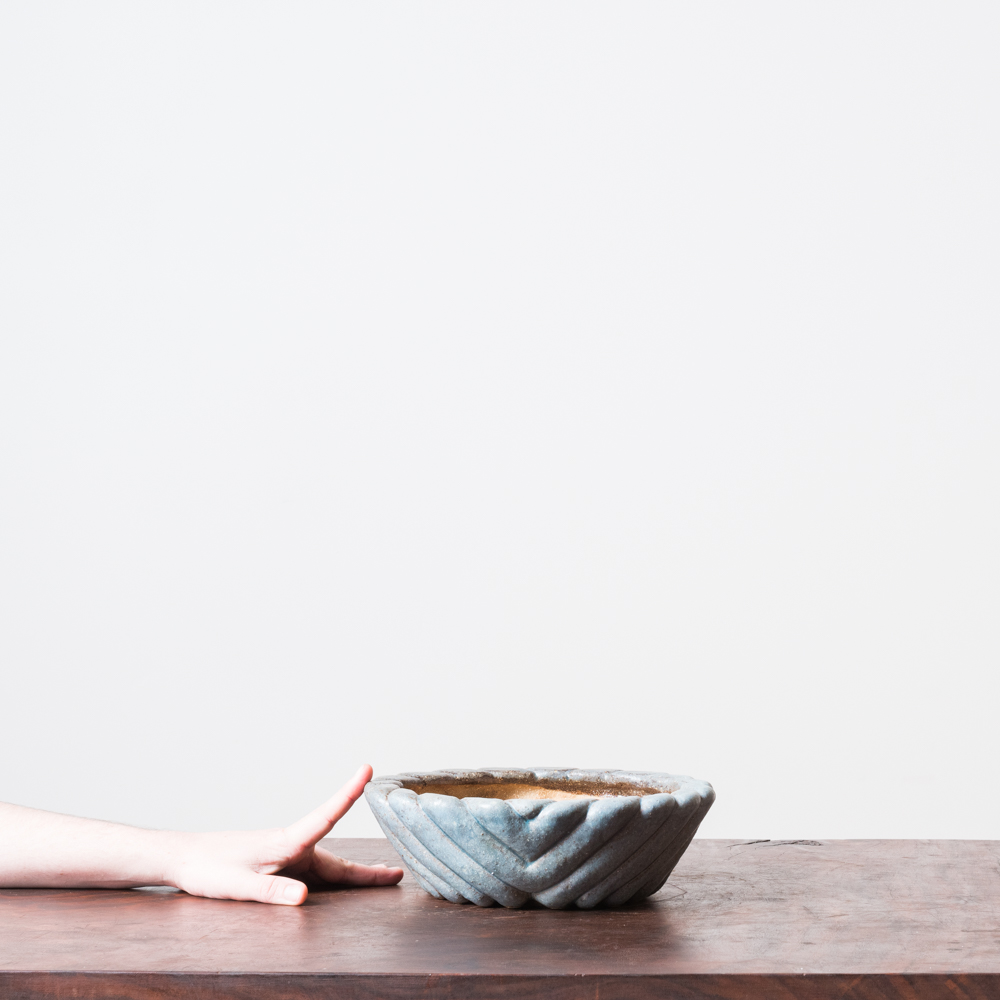 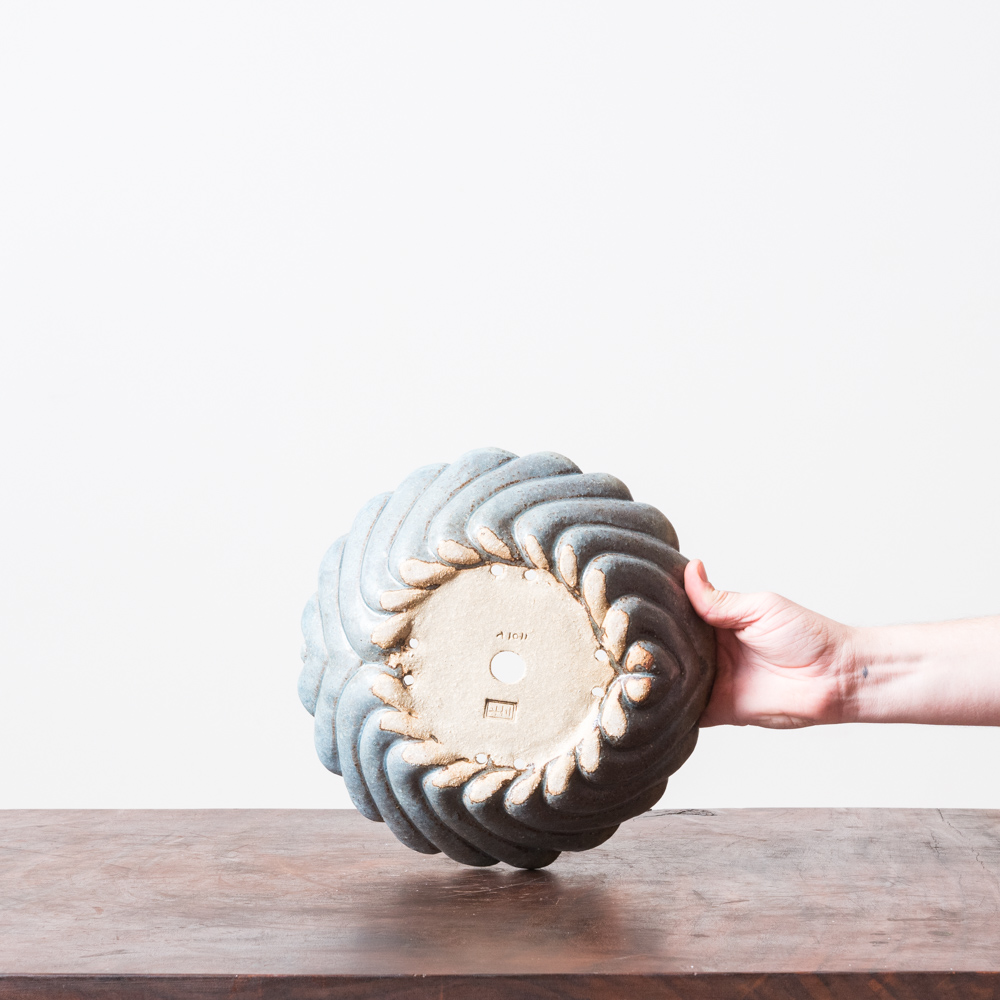 Benda’s calling to innovate is the sinuous link between his work and what we do at Mirai—it illustrates the movement to progress bonsai as a quality artform. In Benda’s words: “I realize that me and Ryan, we are also a part of bonsai’s future, and in the future we will be part of bonsai history. But still we will make something for bonsai. We will not be just someone who repeated what the older masters invented.”

Notes:
Written by: Kendall Strautman
All photography by Bonsai Mirai

Bonsai Mirai is the sole distributor of Benda's work in the world. To view more of his products, click here. 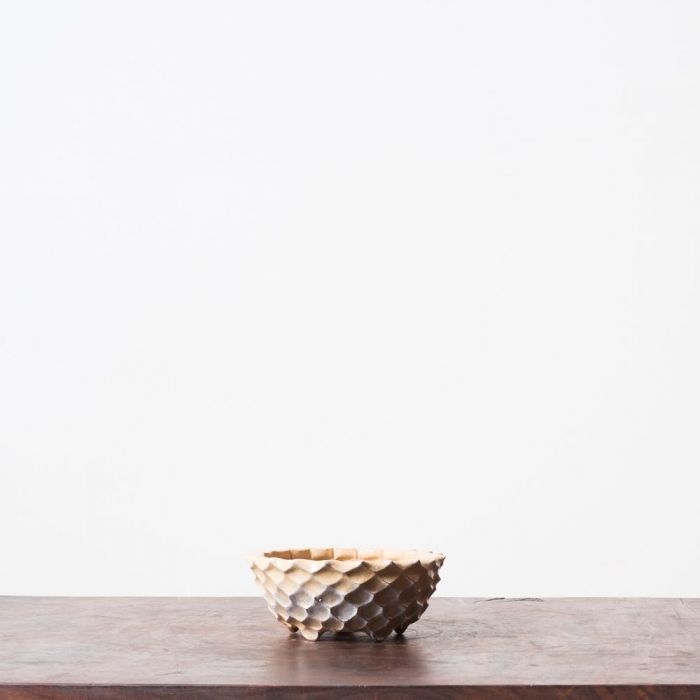 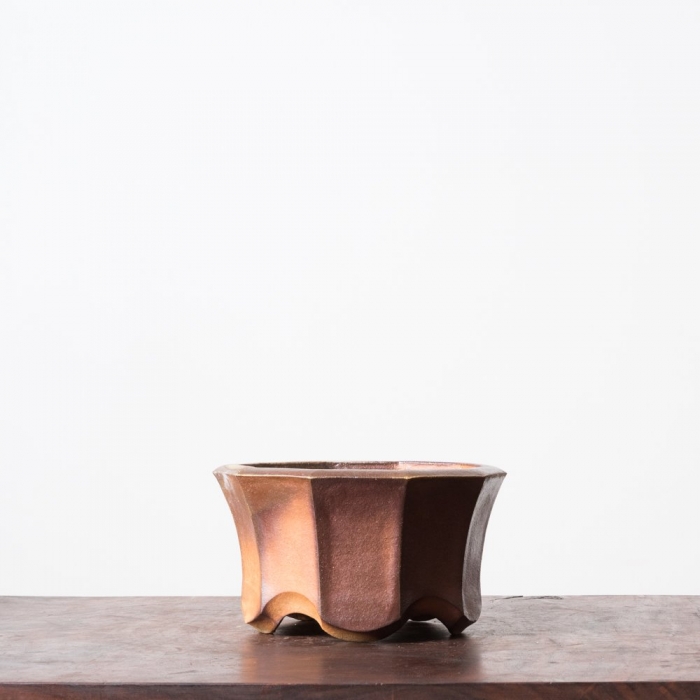 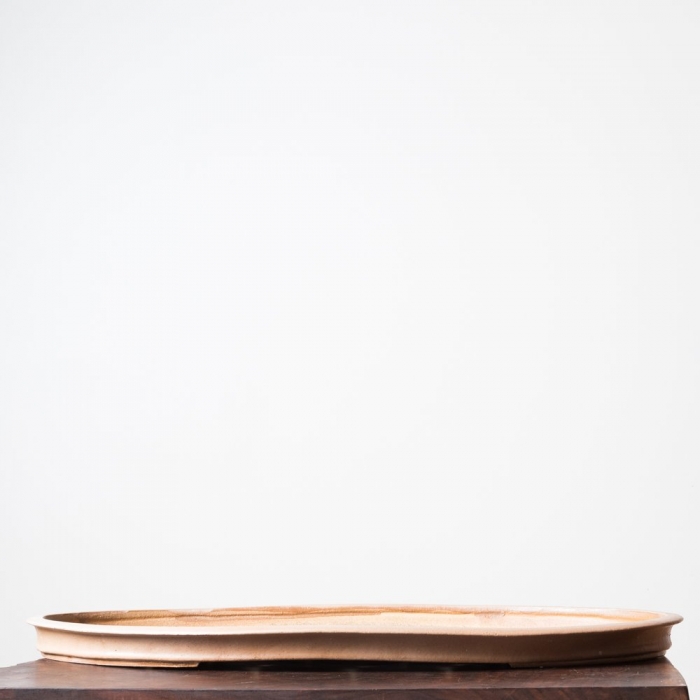