The Function of Water in Bonsai 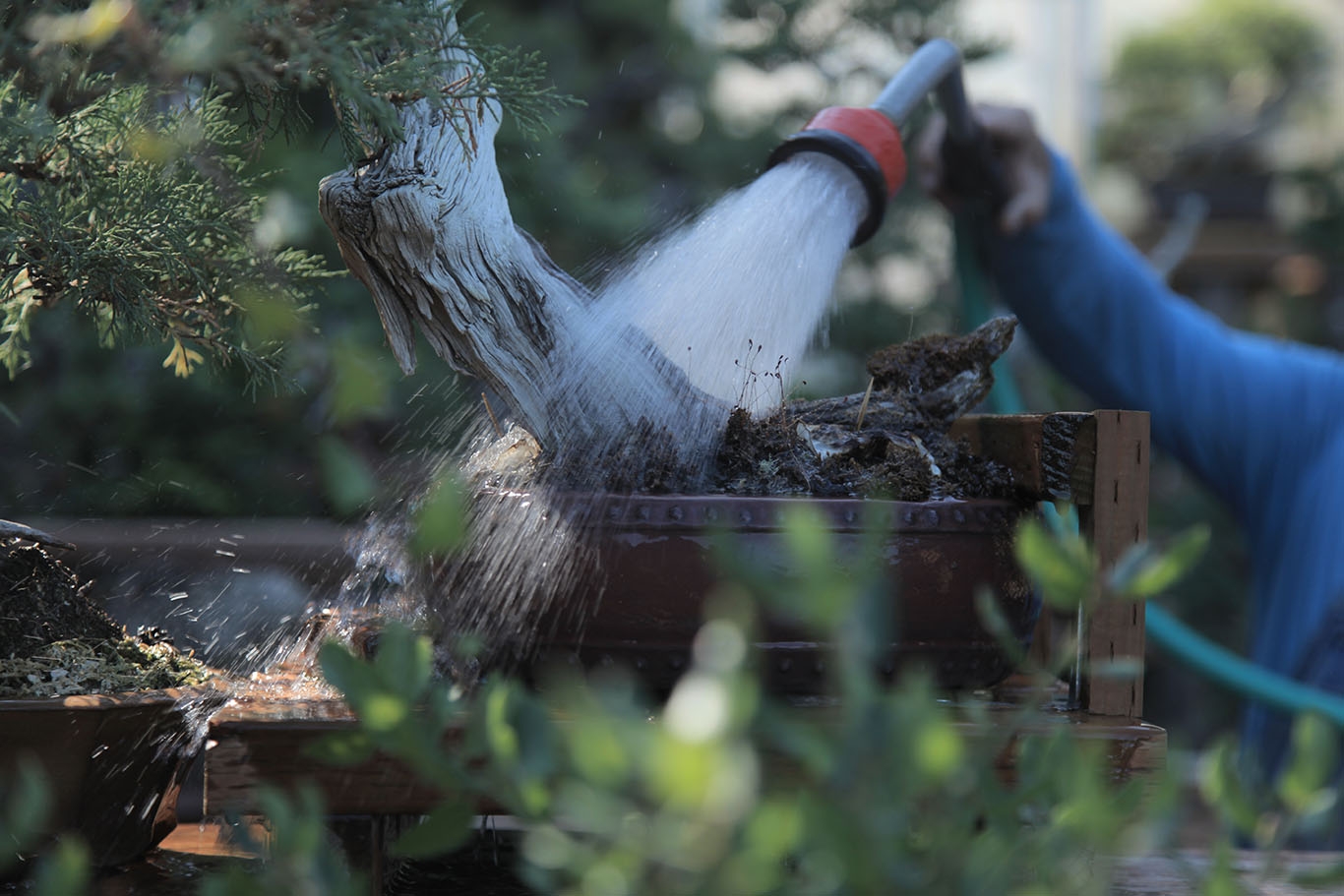 The Function of Water in Bonsai

Before a tree grows a single leaf that can photosynthesize, water saturates the primordial seed that stimulates the beginning of a tree's life. Water hydrates its cells, water cools its trunk and leaves, water becomes sugar to feed, and water delivers resources for its continued survival.

Over the duration of a tree's life, ninety-five percent of the wood and foliar mass it produces will consist of water. 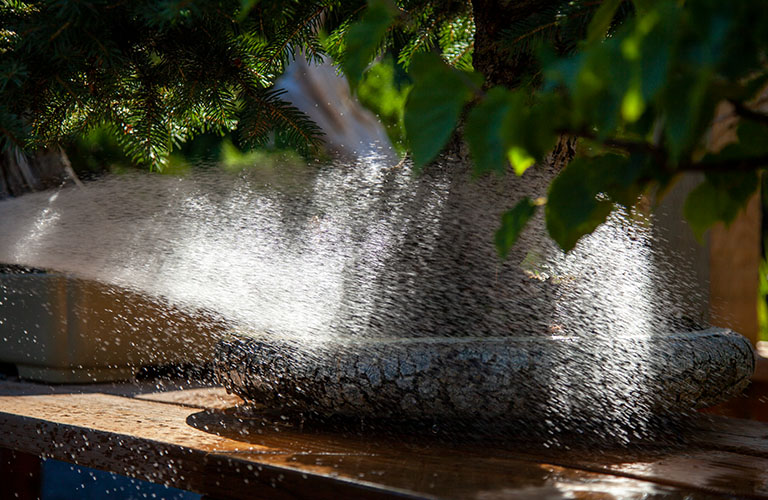 "As water sustains all life on earth, trees act as one of the great filters of life by keeping that water clean."

Of all life on earth, perhaps no organism has a more symbiotic relationship with water than trees. In return, trees act as water purifiers–filtering rainfall and releasing it slowly into nearby streams and rivers. In fact, over 50% of drinking water in North America comes from the rivers and streams running through forests consisting of water filtered by trees. Increasing forest cover by 10% in a watershed yields a 20% decrease in water treatment to produce potable water downstream.

As water sustains all life on earth, trees act as one of the great filters of life by keeping that water clean, and their respective ecosystems in balance.

However, the fact remains, trees cannot exist without water as a catalyst for multiple life sustaining functions. 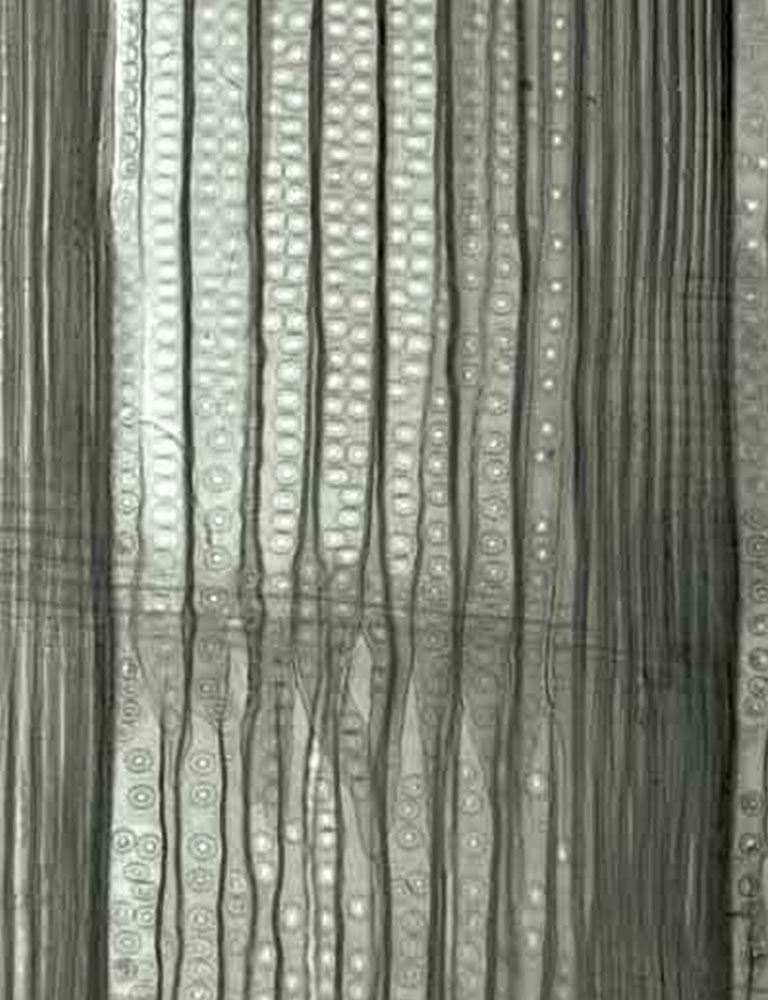 "Without a doubt, xylem is the most important tissue to begin life, and continue to perpetuate life in the tree."

Water moves through the tree via xylem, a vascular tissue superhighway that channels water from the roots to the canopy. The phenomenon of xylem consists of a series of singular tubes that combine to form a complex network of interconnected water transport highways, creating a pathway from root to leaf. The vascular tissue pulls water from the soil and binds water as a chain, performing an intricate dance through the trunk. As water reaches the foliar mass, it hydrates the leaf at the tips of branching before leaving the tree in a gaseous state.

Existing before there's any proliferation of new tissue coming out of the seed, and ending as the final tissue to dessicate in a tree at the end of its life, xylem is the link between the life sustaining capacity of water and the carbon sequestering and air purifying mass of the tree canopy. Without a doubt, xylem is the most important tissue to begin life, and continue to perpetuate life in the tree. 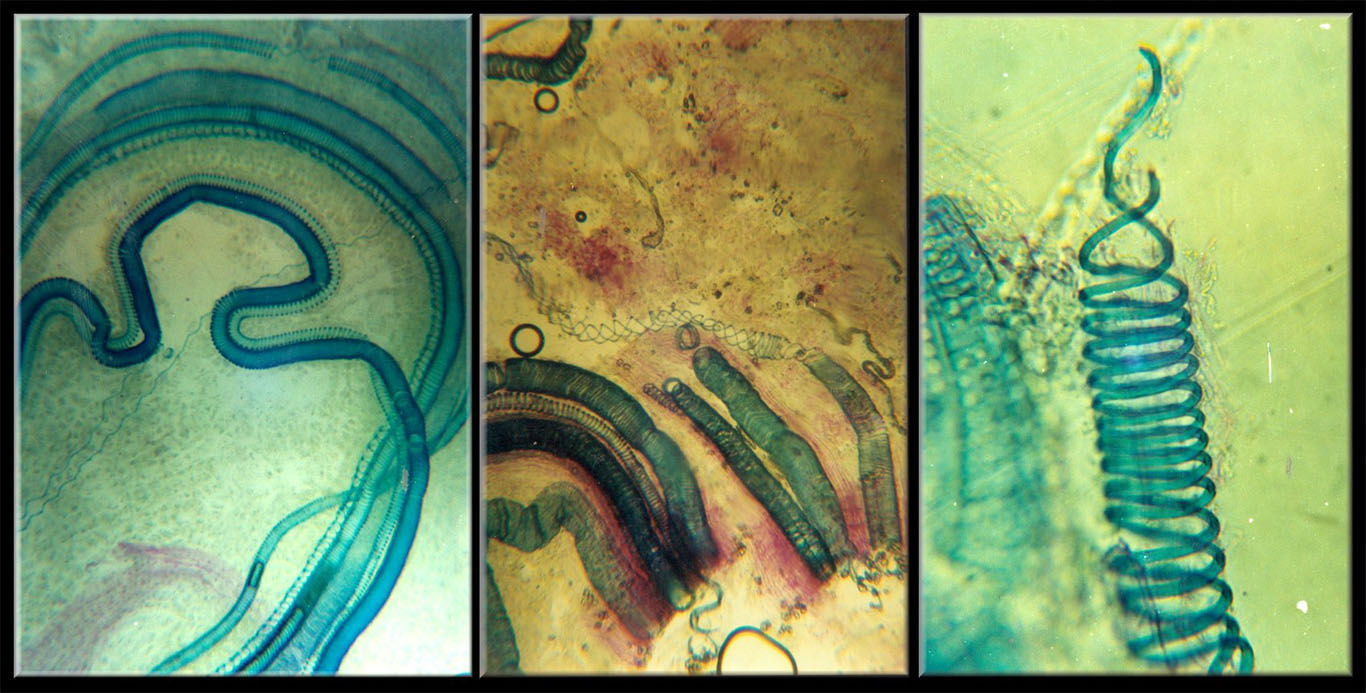 Xylem elements in the shoot of a fig tree (Ficus alba)

Bonsai trees share the same xylem structure and necessity for water as their larger brethren. However, the unique environment of the shallow container changes the dynamics of the tree-water interaction. For a bonsai, achieving a balance of water and oxygen in the soil is imperative. It creates an environment where roots will grow, and where beneficial biology thrives.

The root system, with its symbiotic fungi and bacteria, creates the foundation for health in the tree and supports the tree's immune system. Maintaining a balance of water and oxygen over time allows the tree's roots to fill the container and produce a horticulturally abstracted foliar density, with shortened internodes and reduced leaf size only possible through bonsai cultivation. 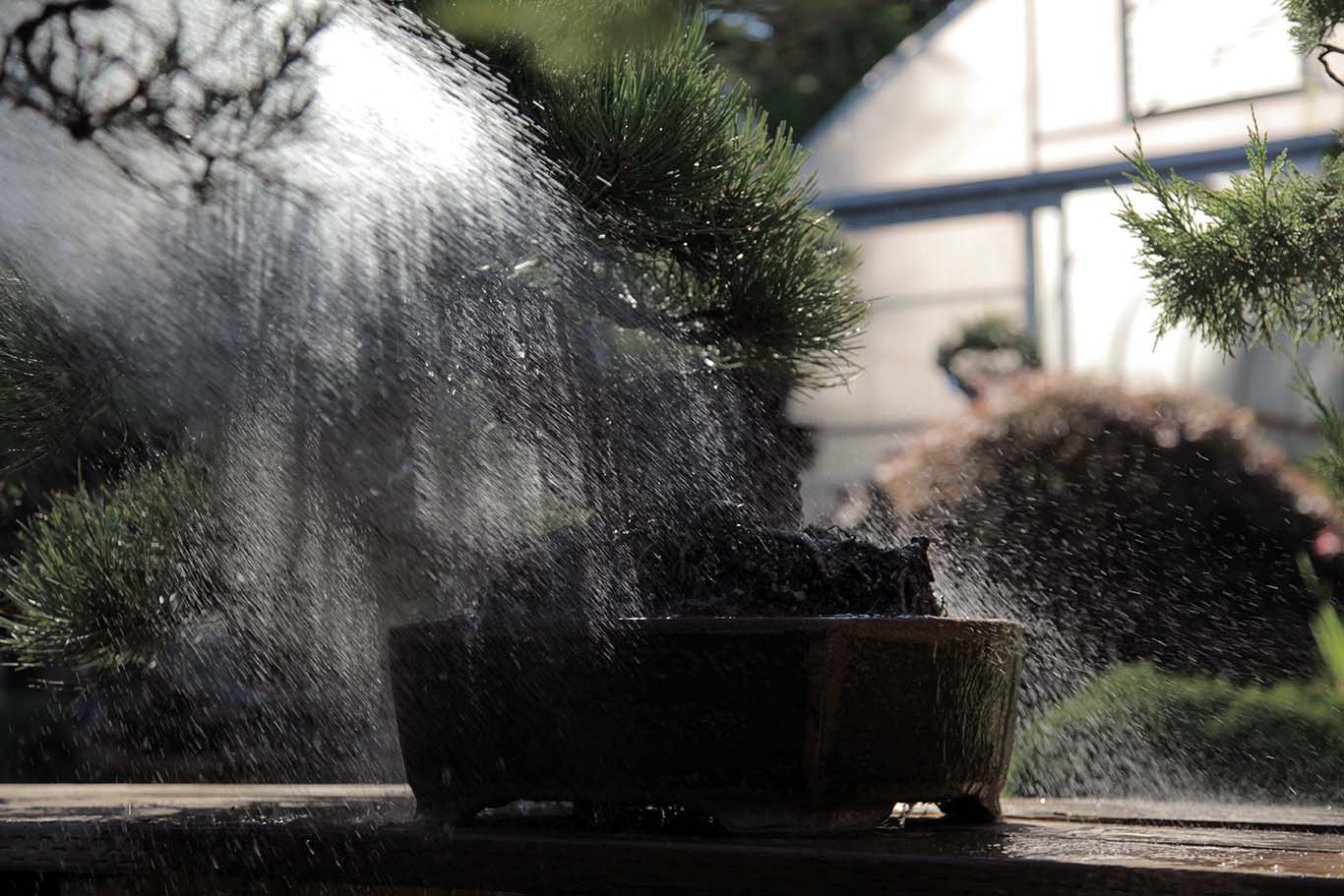 85% of all water that is absorbed into the root system from the soil system is used for cooling the tree through transpiration.

Trees without water die of heat accumulation before they succumb to dehydration.

There's a lot of flexibility in the molecular bonds before a tree starts to wilt, but if there's not enough water in the soil system, and evaporation continues through the leaf system, the tree is forced to close its stomatal pores in the leaf mass to preserve water. This catastrophic phenomenon is the tree's last ditch effort to hold on to hydration and effectively stop cooling itself. 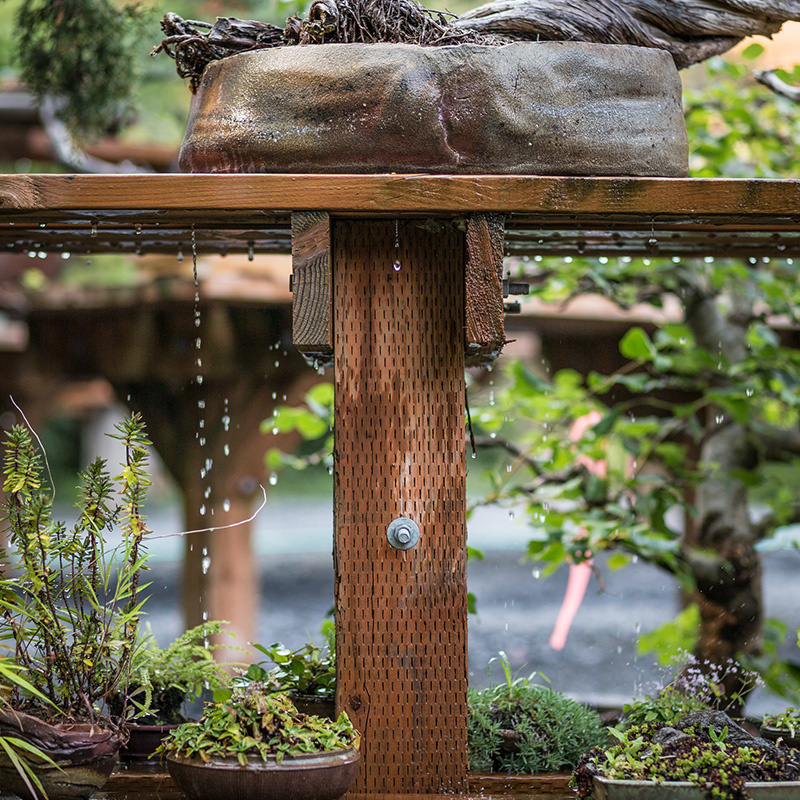 In bonsai, making sure a tree in a containerized environment is properly cooled is crucial to maintaining health in the tree. Not only does the tree heat up, so does the pot. Proper watering is therefore imperative, not only to cool, but also to keep the containerized system functioning properly.

Metabolism in a tree is the creation of sugars through photosynthesis, transforming the sugars into energy, and storing or synthesizing energy as growth. Water is the backbone of metabolism.

Roughly 15% of the water moving through the tree will have its molecular bonds broken and contribute to metabolism. As the tree captures the sun's energy in its chlorophyll, the stimulated pigment resonates with energy and breaks the molecular bonds between the hydrogen and oxygen of the water molecule. These independent ions combine with the available carbon fresh off its separation from its bond with oxygen as a carbon dioxide molecule, and the trio of elements re-form as glucose–food for the tree. 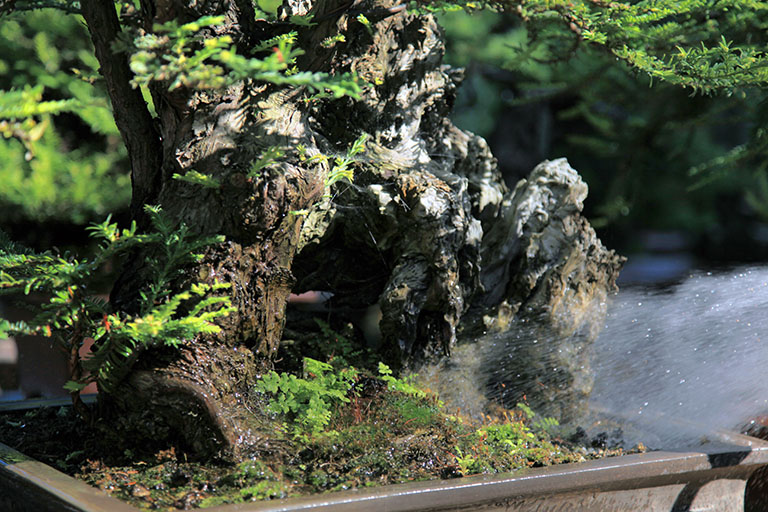 At night, during the Krebs cycle, the tree processes this glucose in the mitochondria of the cell into short and long-term forms of phosphorous based energy. This is the energy that fuels cellular division, or what we see as visual foliar or vascular growth.

Water connects the roots to the foliage, and forms a major portion of the sugar delivery system moving back down to the roots. This transport capacity delivers resources and hormones throughout the tree, driving the metabolic activity that controls the growth habit, ultimately influencing shape and environmental responses that alter the tree's aesthetic to consistent environmental conditions.

Mineral content and hormonal concentrates held in the soil-root zone piggyback on water molecules being drawn from the soil system through the roots. Mineral content drives cellular functions throughout the tree, while hormonal distribution directs growth and serves as the physiological navigation that tells the tree what to do as it moves through the system of the tree. 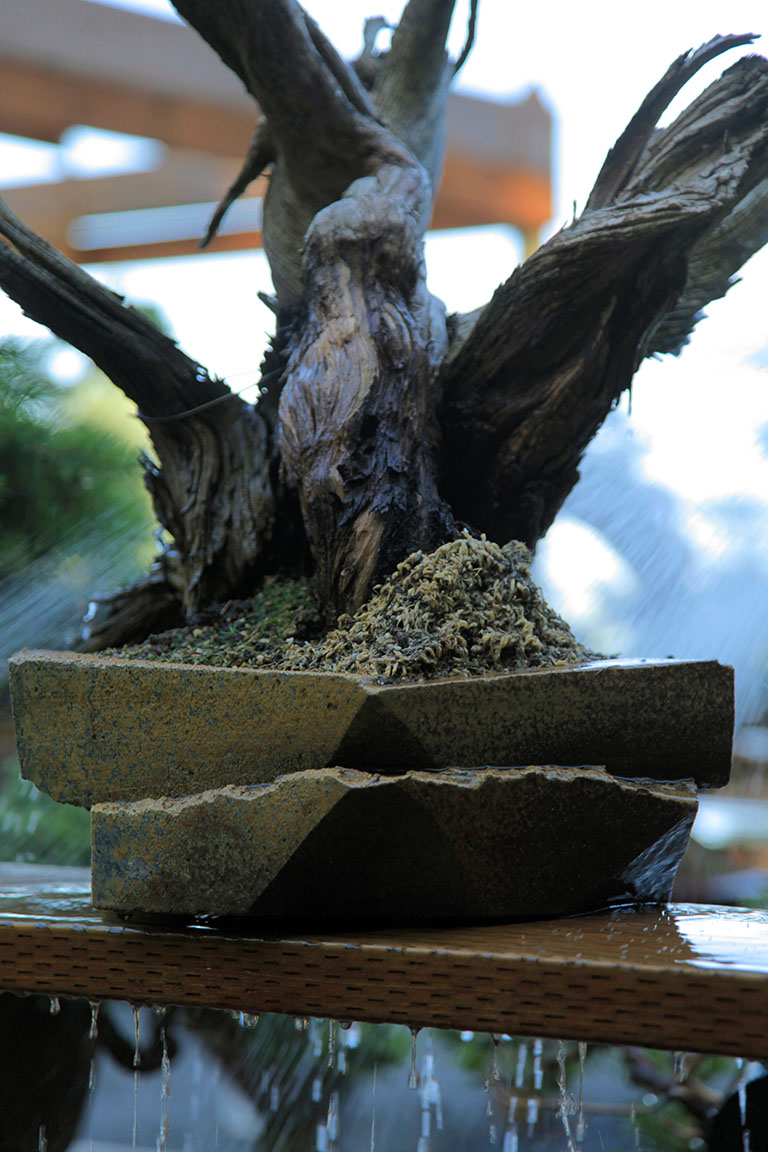 As water moves up the tree via cohesion tension, auxin and other guiding hormones are mobilized in the root tips and pulled against the force of gravity to the most highly transpirational portions of the canopy. This process delivers pivotal growth guiding hormones in larger concentrations to the highest potential growth sites in the foliage. It is responsible for the mature shape of the conical coniferous form of auxin guided apical dominance, as well as the billowy broadleaved form driven by cytokinin, and their interdependent dance of every aesthetic in-between.

This dance not only serves the canopy of the tree, water also acts as a transport for canopy-created hormones being moved down to the roots. The act of bifurcation, the division of roots that create finer root systems capable of reduced proportions in the bonsai form, is driven largely by cytokinin combining with the high manganese content in the akadama  that we use for bonsai cultivation. 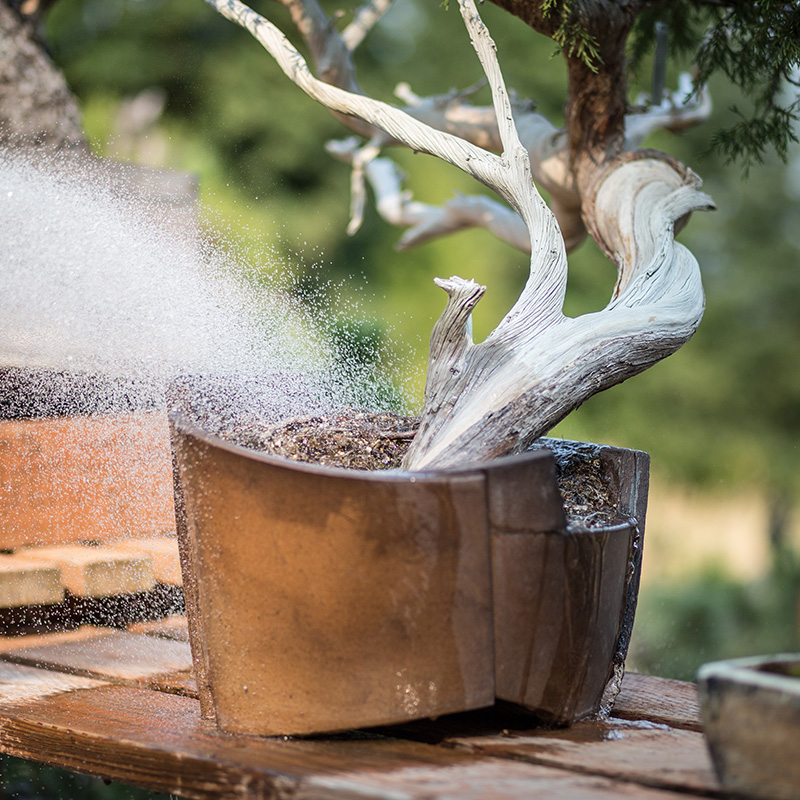 Trees are extraordinary living organisms–self-sustaining, powered by the sun, and maintained by water. By understanding the function of water as a mechanism for cooling, metabolism and transport, we can better understand how to care for our trees and cultivate our bonsai to ultimate health.

Designed and Edited by: Diana Ecker

All other photography by Bonsai Mirai 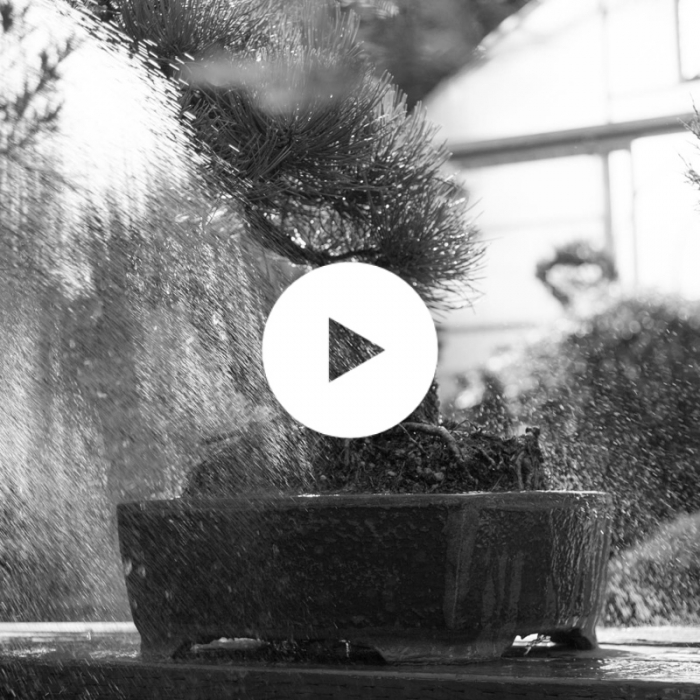 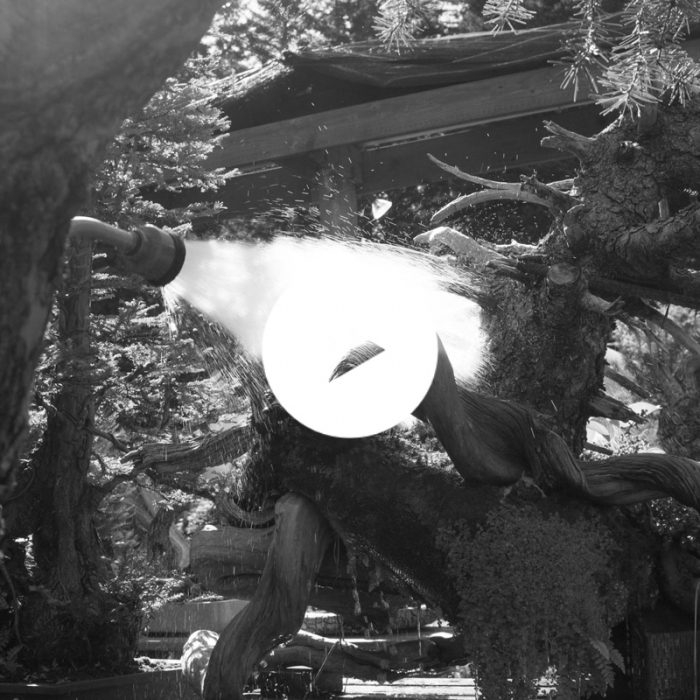 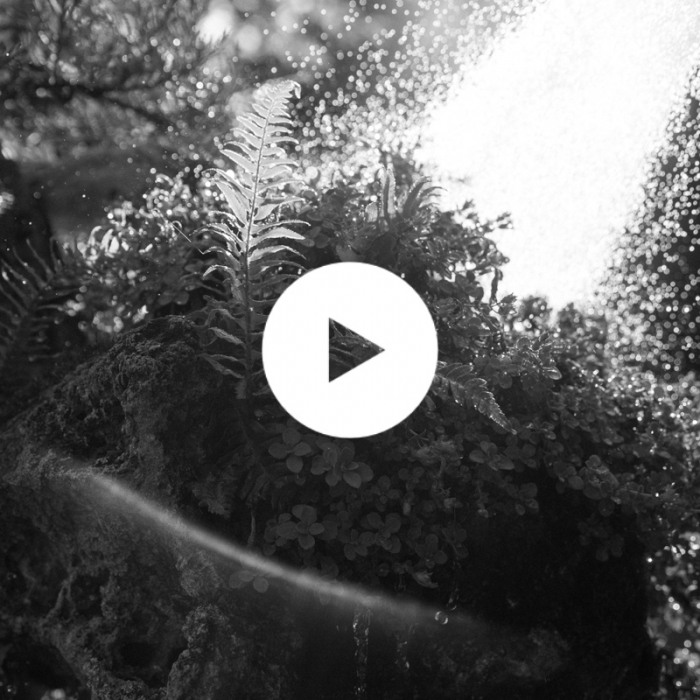