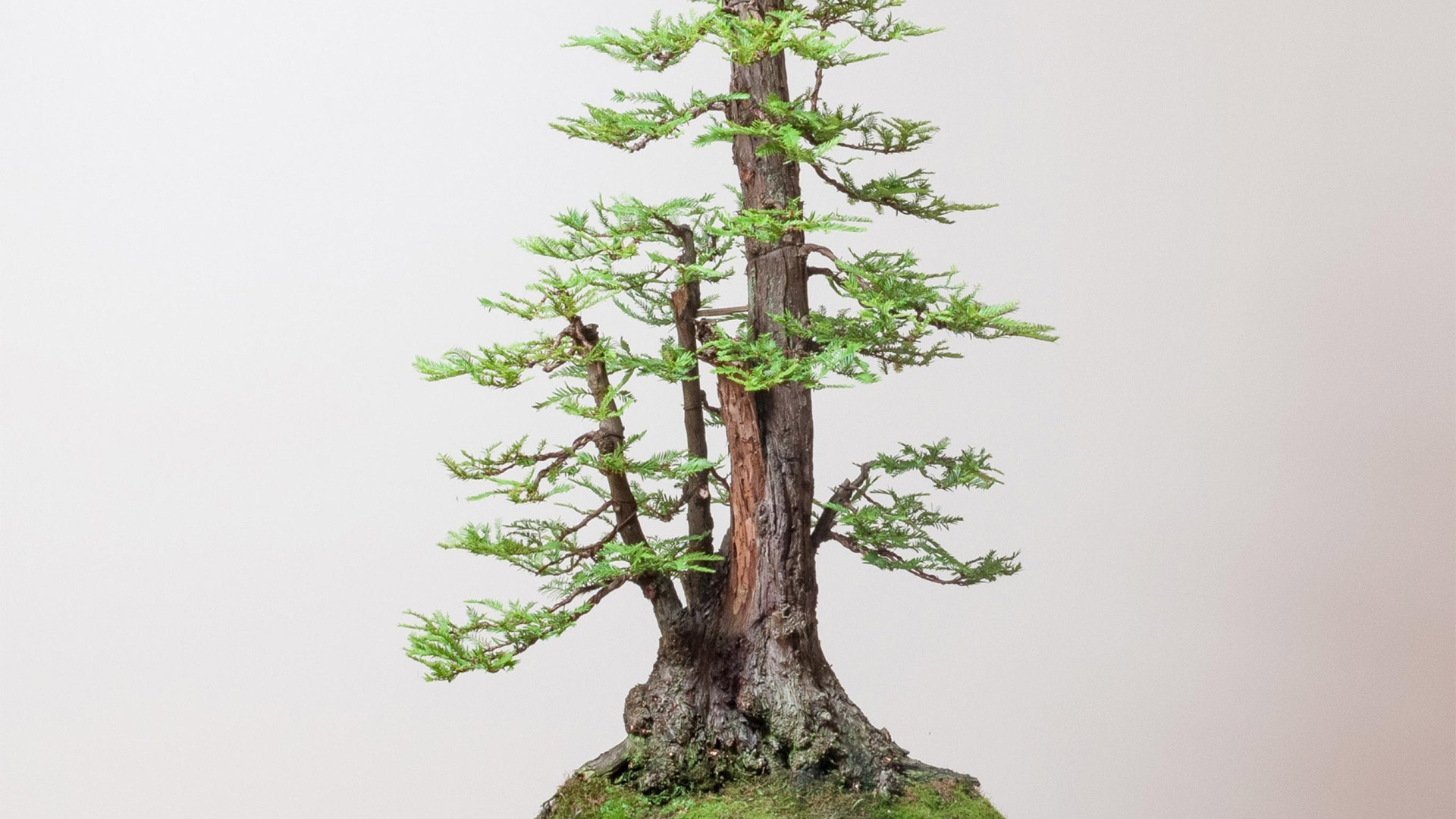 A species study of the tallest trees on Earth

A group of formless figures gather on the dark highway, hidden in the sea of fog. Briskly slowing down, their silhouettes suddenly delineate, emerging as a family of elk grazing in the safety of the morning twilight. Gentle waves crash on the coast as the forest winds around you, searching for the first light like a lone fisherman watches for a lighthouse; an anchor of safety after a long journey, yet laden with the uncertainty of what lies ahead.

The trees eventually give way to a small prairie, where a thin layer of mist hovers over the clearing. The world quiets down in the presence of the giants that loom within the depths of the surrounding forests, awaiting for no one but time itself.

Sunrise is met with the occasional call of a swainson’s thrush, coming from the impossibly tall canopies. Omniscient in their presence, they awaken the forest floor with the bright tones of their chatter. A Steller’s jay follows their cue, breaking the day’s silence with their echoing melodies. 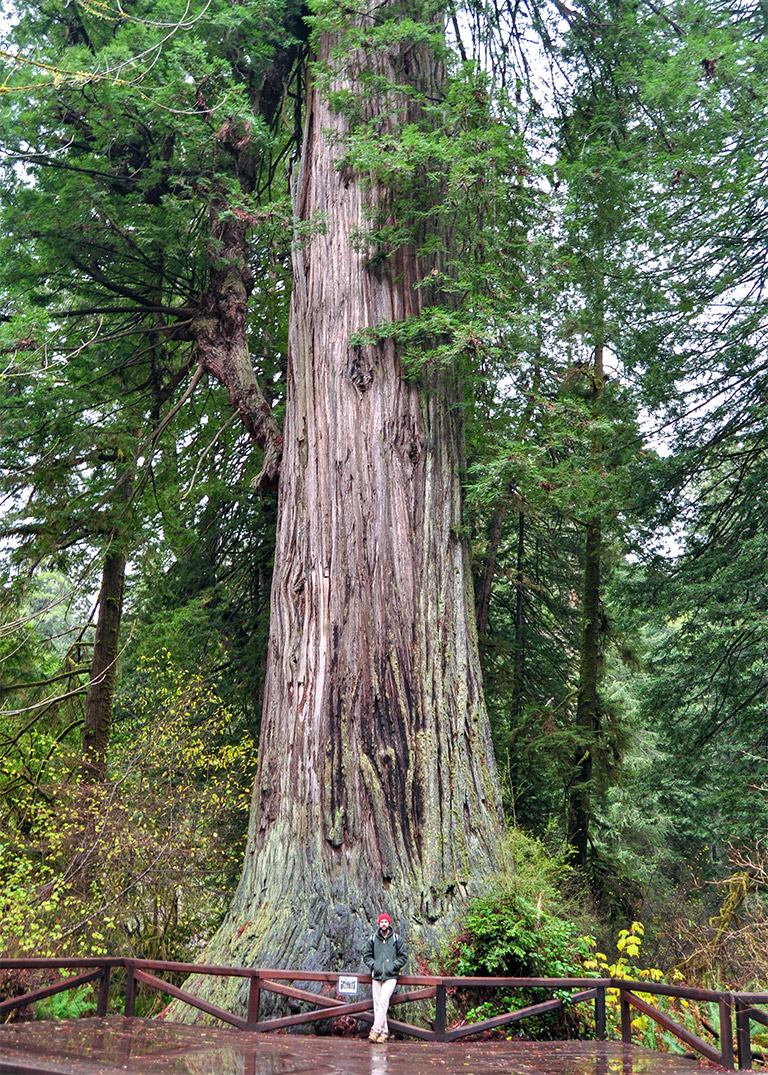 "Coastal redwoods are ancestral organisms whom are believed to have evolved into their present forms sometime during the Jurassic period."

The region is an exemplar of the Pacific Northwest climate: over 100 inches of yearly rainfall, dense layers of fog throughout the seasons, and a lushness that you’ll be hard-pressed to find anywhere else in the U.S.. Entering the Prairie Creek Redwoods, located within the Redwood National and State Parks in Northern California, is a quick reminder that humans share only a flicker of time in the expansive history of our natural world.

Anyone will feel dwarfed by the sheer immensity of the Sequoia sempervirens, otherwise known as the coastal redwoods; even if you have never observed a tree closely, it is hard to ignore the presence of these entities. 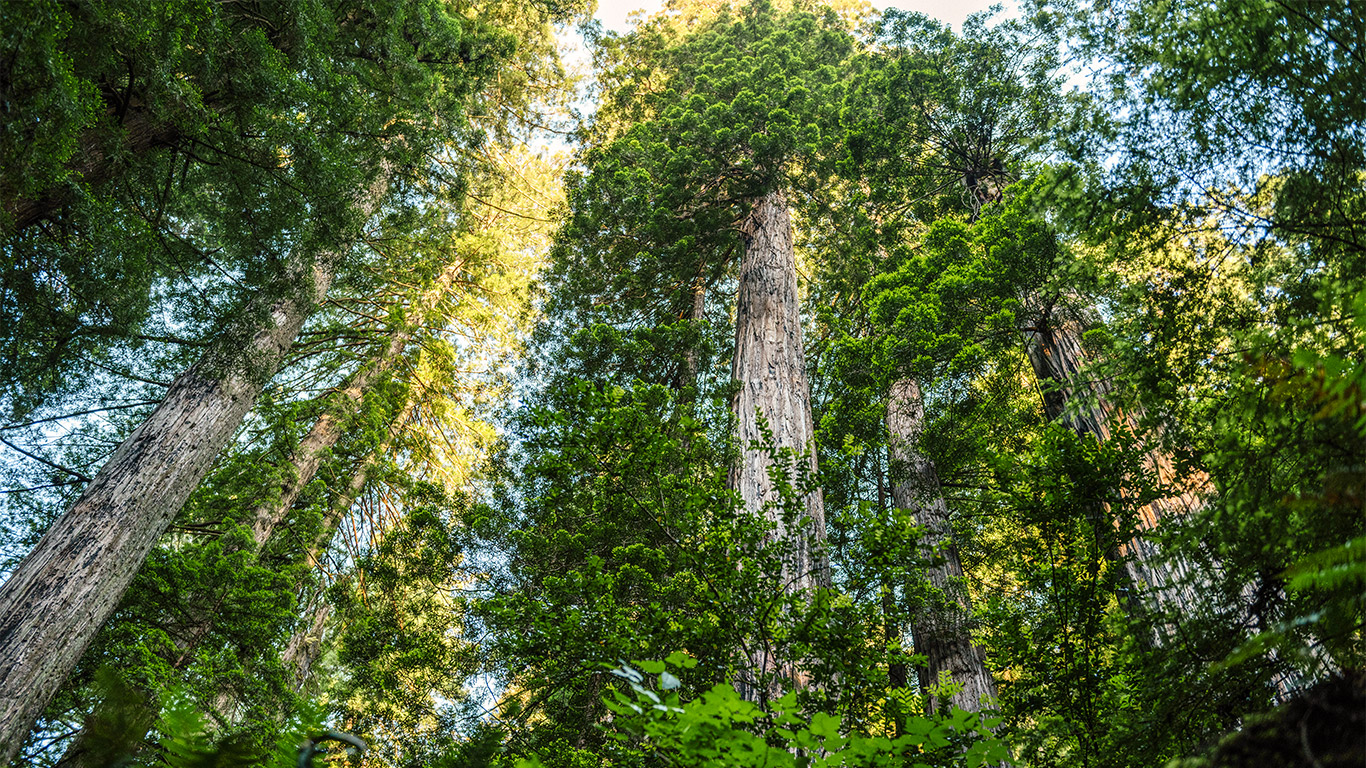 Coastal redwoods, along with the ferns that cover the forest floor, are ancestral organisms whom are believed to have evolved into their present forms sometime during the Jurassic period. It’s no mistake that these groves feel prehistoric, for the living beings that live within have remained relatively unchanged for millennia.

With an average age of 600 years, the oldest one being about 2,200 years old, and a height that dwarfs the Statue of Liberty, the coastal redwood is an ancient monument and a testament to the grand scale of the natural world. The name itself, sempervirens, means “evergreen” or “everlasting”.

"With an average age of 600 years, the oldest one being about 2,200 years old, and a height that dwarfs the Statue of Liberty..."

Touching the trees, the rugged surface is moist and soft, almost hollow in feeling. The deep auburn color of the redwoods is attributed to the high concentrations of tannic acid in their systems, which makes these trees incredibly resistant to pests and diseases.

Their fibrous bark can grow up to a foot thick, making the trees extremely fire resistant. Forest fires can actually help the species succeed, as they eradicate competing organisms while the redwoods themselves survive through the cataclysm. 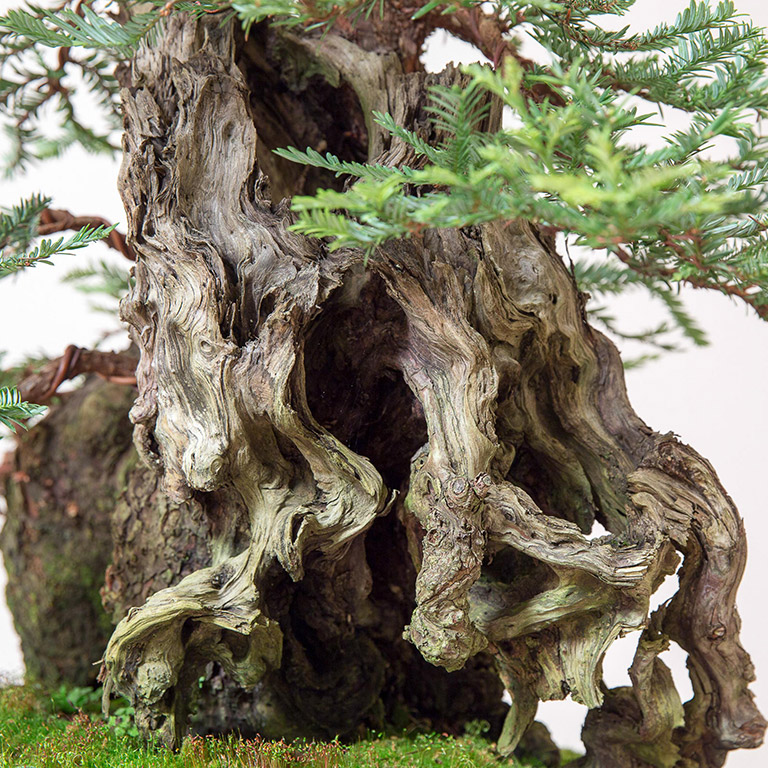 Looking up into the canopy, you can see branches originating from burls throughout the span of the tree. This is a significant property of the redwood’s ability to procreate from dormant shoots within their trunk.

When these pillars of the forest fall over, their remnant bodies, saturated with water, become the breeding ground for nascent redwoods while feeding the local ecosystem. Sometimes the new sprouts will even form a circle around a stump, commonly known as a “fairy ring”. 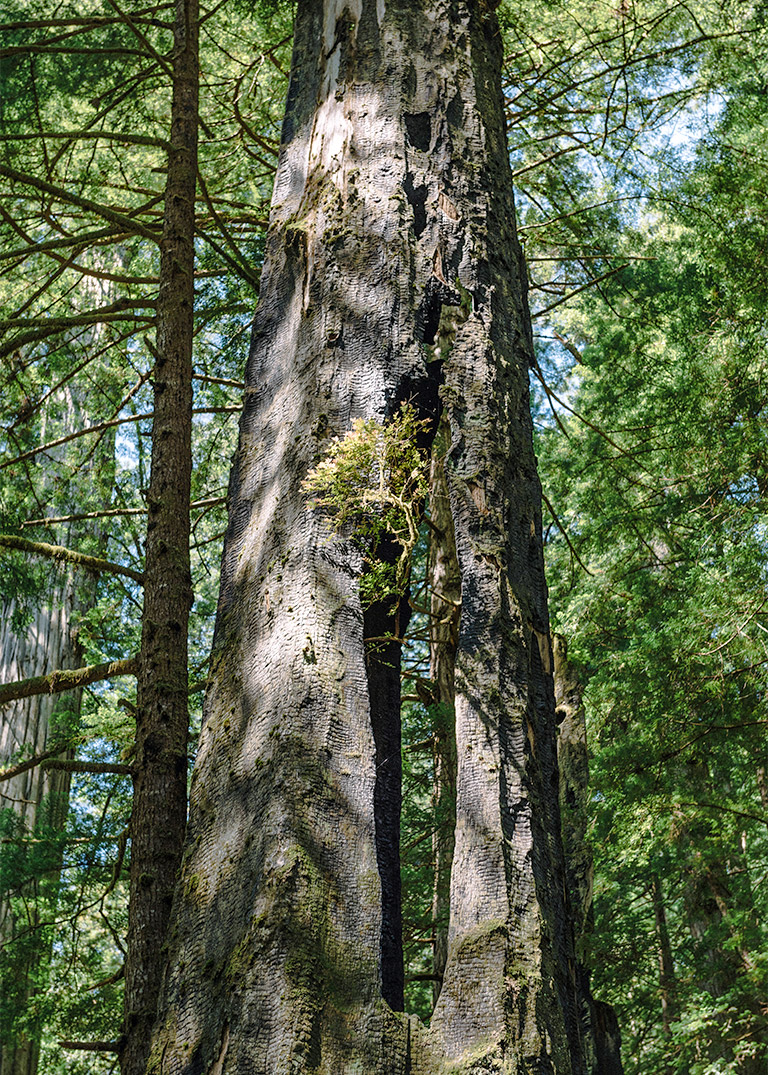 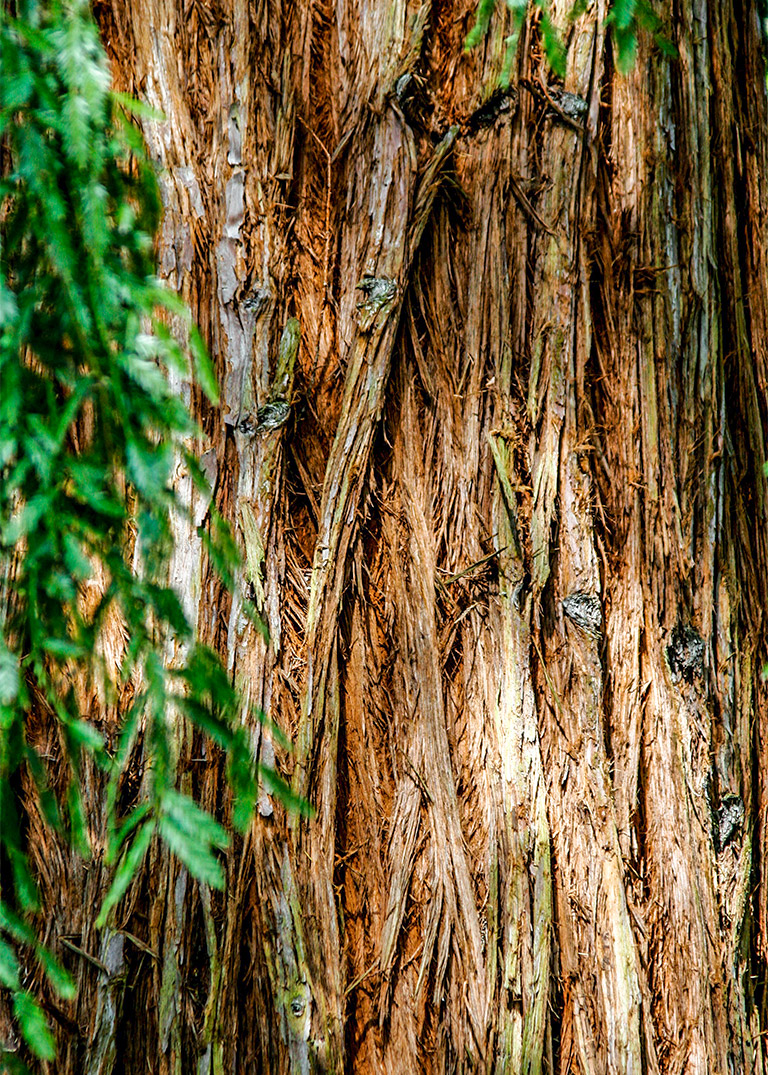 Not long ago these giants were almost eradicated from the American landscape, cut down and milled for lumber for nearly a century. Stumbling upon the enormous size of the old growth trees probably felt like hitting a gold mine, and like gold, they did their best to extract as much of the resource as possible. At the turn of the century, a yearly 8.5 million board feet were produced, and by 1929 the number had increased to a staggering 500 million board feet.

"Not long ago these giants were almost eradicated from the American landscape, cut down and milled for lumber for nearly a century."

1918 saw the birth of the first major conservation groups, who fought for 10 years to protect the Prairie Creek, Del Norte Coast, and Jedediah Smith State Parks. Despite their in efforts, the timber industry continued their cutting operations in the area. Not only did entire groves fall, the loss of vital acreages disrupted the microclimates in the region by exposing the redwoods to drier conditions. 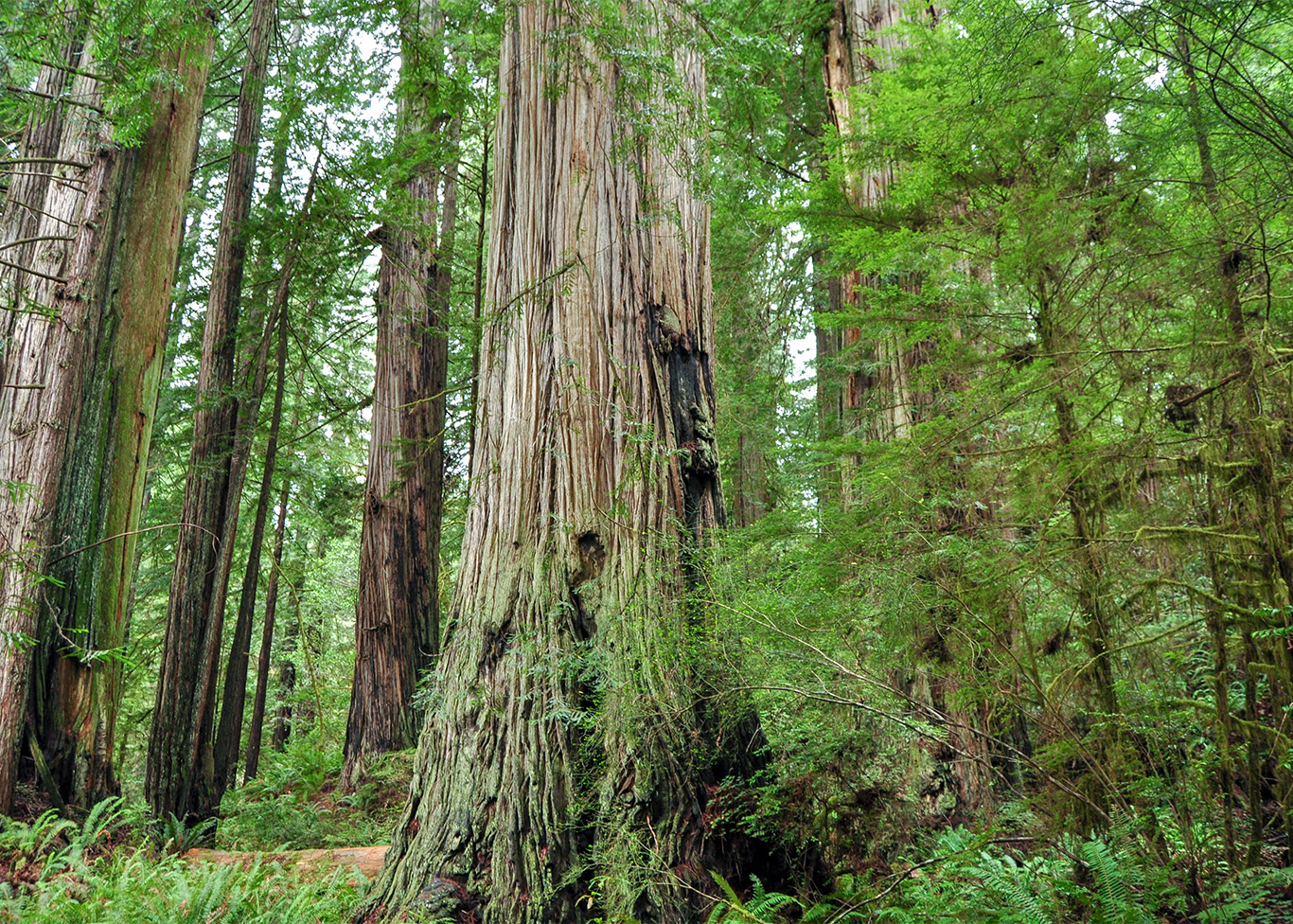 "Anyone will feel dwarfed by the sheer immensity of the Sequoia sempervirens."

Highway construction exacerbated erosion, and further development encroached on the dwindling forests. In 1968, Congress finally recognized the importance of the disappearing forests, leading to the protection and establishment of the Redwood National Park.

Today, the ancient forests stand their ground, rooted where they have been for millenia, far beyond the glimmer that is human history. They hide in a sea of fog, undisturbed from the clamor of our past interventions, once again resting where their ancestors lived long ago. 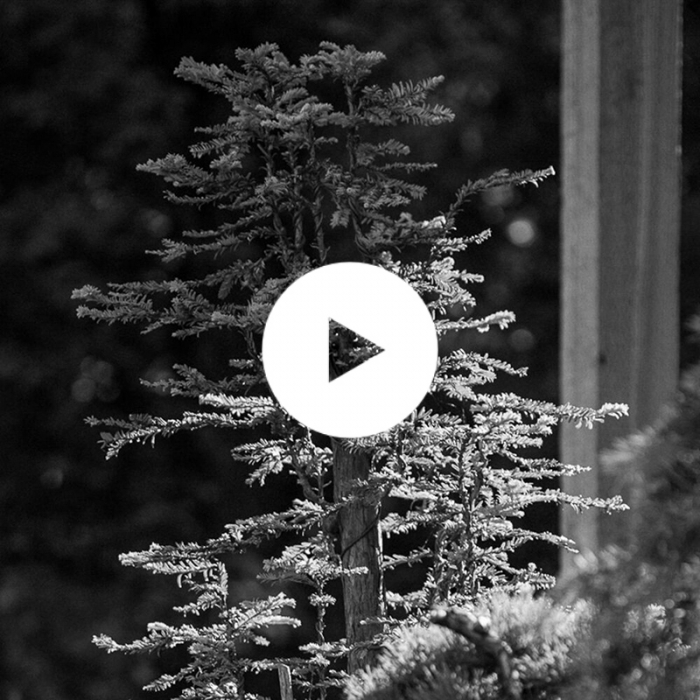 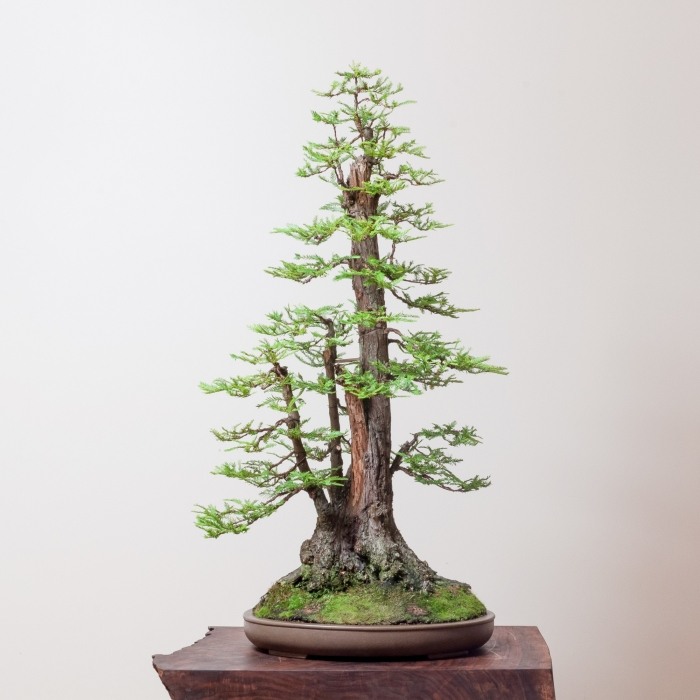 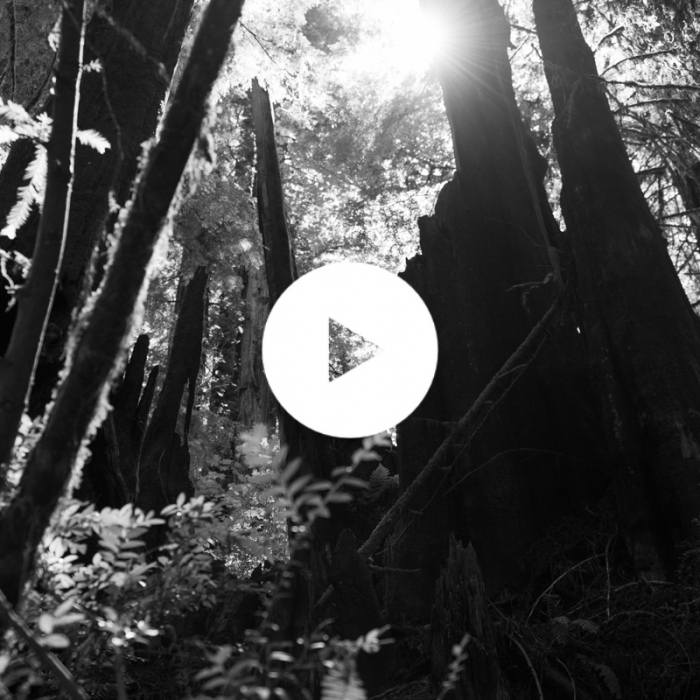