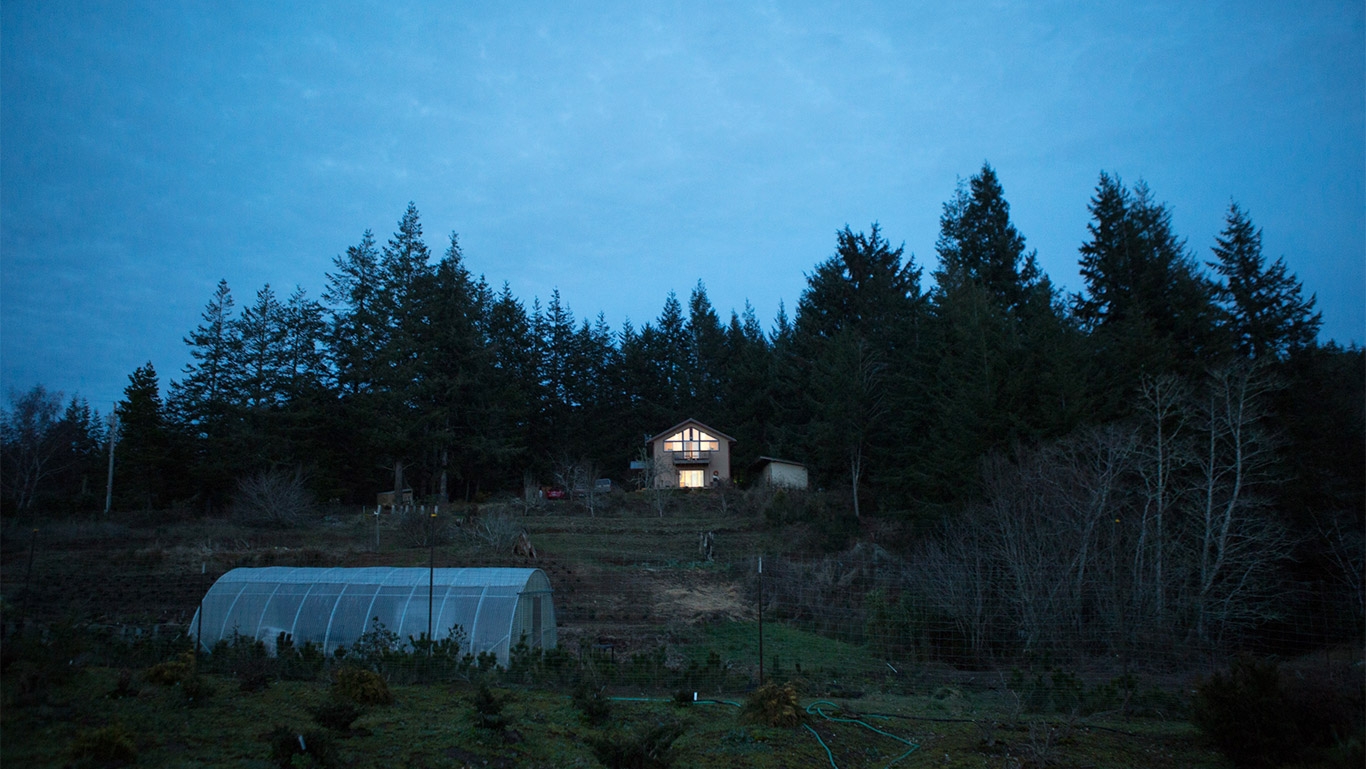 A chef quits his profession to grow bonsai

Pulling off the 101, our truck hiccupped along a dirt road. We ducked over the console to catch a glimpse of the property— a little cottage atop a hill, overlooking a sweeping fertile bowl freckled with rows of budding trees. Soaring Doug firs and mixed deciduous trees marked the perimeter, twilight splintered their boughs through a heavy fog.

The Mirai crew piled out of the car, greeted by dogs—the air infused with dank silt and saltwater. Tom Roberts swung open the porch door, waving with beers in hand.

“Come on, let me show you around,” Roberts insisted after quick introductions. We popped our bottles and queued behind him. 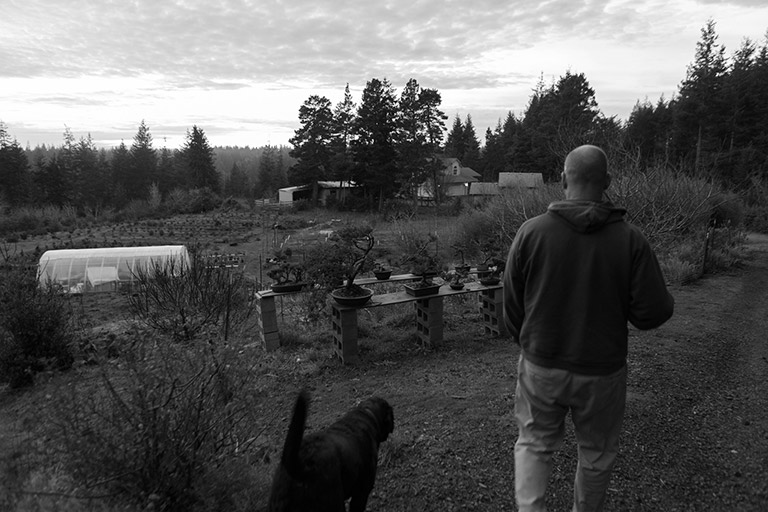 He guided us through his land, moving from tree to tree with a fastidious intimacy—as a man whose hands have grown and guided each thriving being in his domain. You could feel an electricity charging the landscape—Tom Roberts had been gearing up for a big shift with his life and his business.

Roberts has always had a penchant for growing and has been cultivating bonsai by seed, cuttings, and wild collection for 8 years. Originally a chef by trade, Roberts journey with propagation began when he wasn’t pleased with the quality of vegetables being delivered to his restaurant, so he cleared out some of his land and began growing it himself.

“How can you beat going out into your garden picking something, cleaning it up, and eating it right there and then?,” Roberts commented, pawing a handful of dirt. He describes having a deep connection to growing things from seed. “Plants are magical. Seeing a seed turn into this;” holding his hands out wide, “it gives you a sense of satisfaction.” 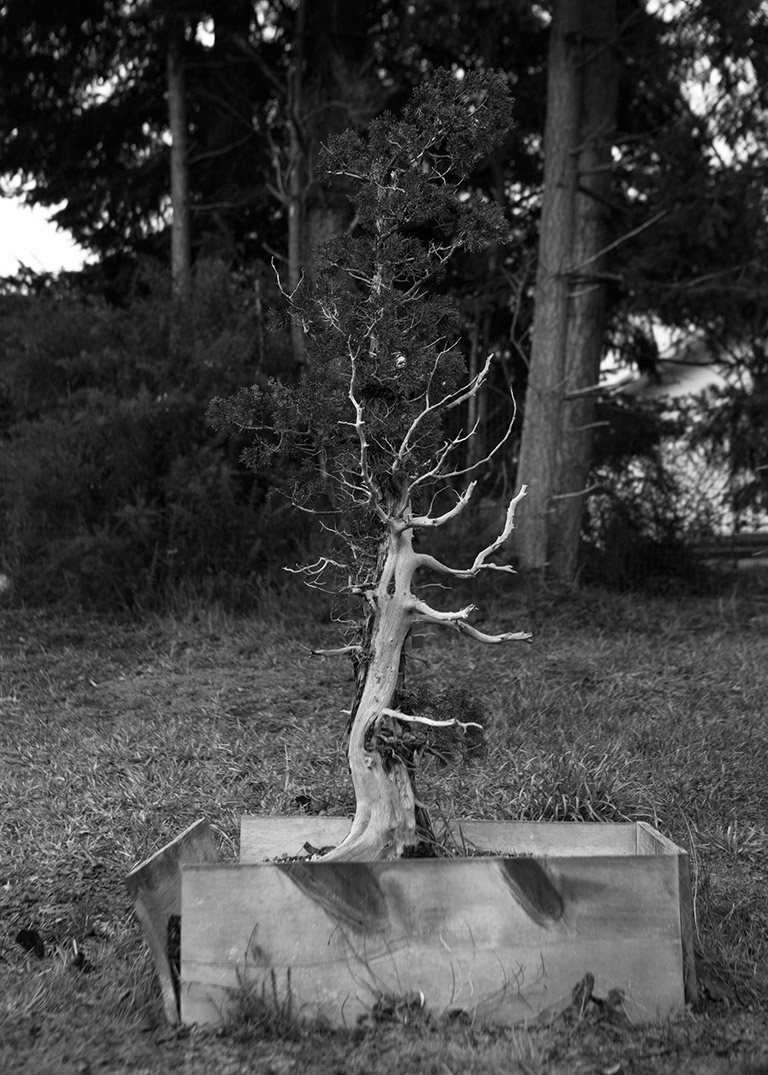 "He guided us through his land, moving from tree to tree with a fastidious intimacy—as a man whose hands have grown and guided each thriving being in his domain."

Roberts’ green infatuation comes from a long lineage of coastal folk; “(my ancestors) came from fairly close to the ocean…they were farmers…I feel like there’s a certain genetic memory there.” For Roberts, the ocean and the coastal landscape had a huge impression on his upbringing and its something he kept being drawn back to.

After moving out to Portland, Roberts was grinding a burgeoning culinary career and he quenched his thirst for the outdoors with rigorous activity. “I was always outside when I wasn’t cooking…every weekend, I wanted to go to the coast and get out of the city.” This yearning for a cadenced landscape—driven by the wind and the sea—drew him to the Southern Oregon Coast where he landed for good. 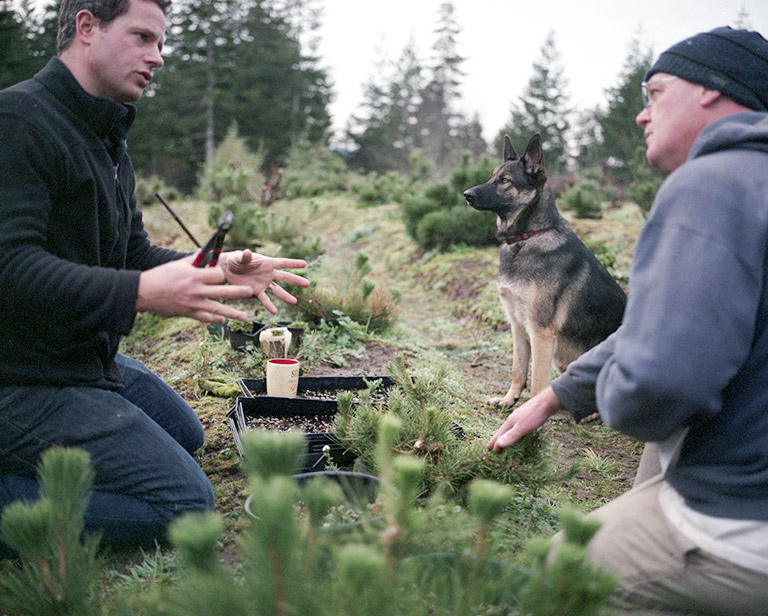 In the waning moments of daylight, we huddled around a black pine as Roberts reminisced, sharing how this was the first bonsai he grew from seed 8 years ago. He shook his head, laughing tenuously—this has been a long road for him and it will continue for decades.

Building a bonsai nursery is a monumental project. And cultivating good material—healthy, with the correct proportions—is a nuanced practice. There is no guidebook for field-growing American bonsai, but in Tom’s words, “doing it is the best learning experience... if you’re gonna become proficient, you gotta do it every day. It’s a skill and a craft of repetition.”

With the sun behind the trees, we followed the foot-worn path up to the glowing cottage and settled in Robert’s homey kitchen. Quieted by unagi and pumpernickel hors d’oeuvres, our host delved deeper into his story. 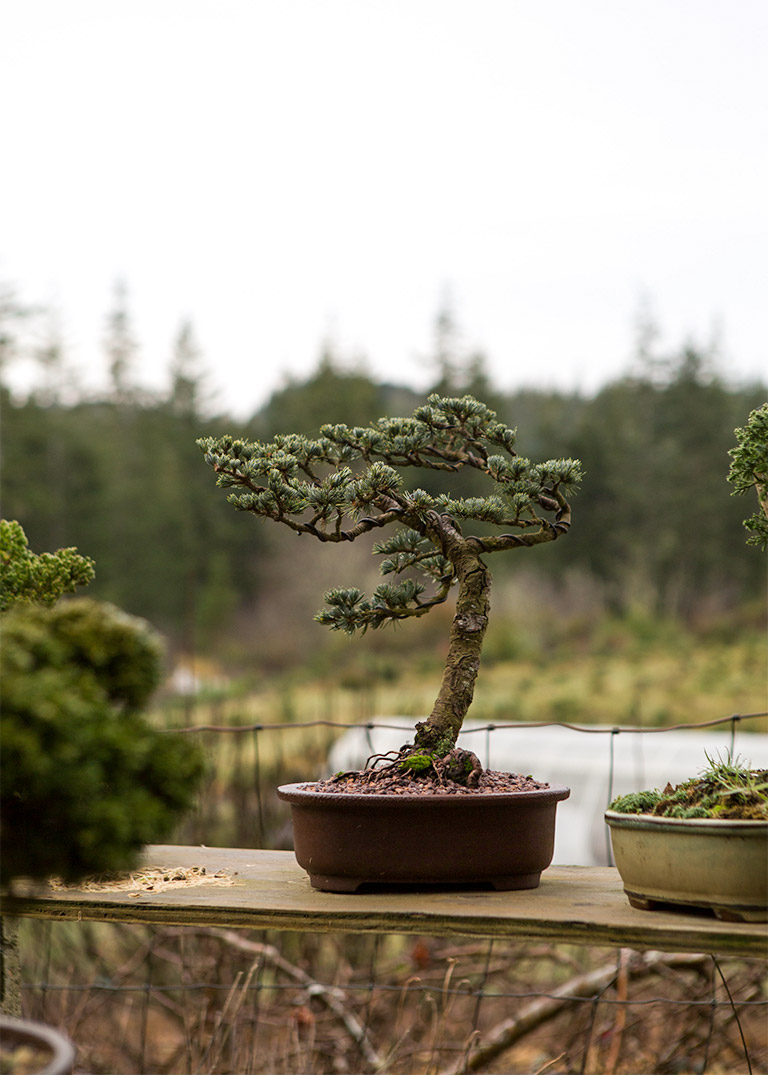 "Cultivating good material—healthy, with the correct proportions—is a nuanced practice."

Roberts was introduced to bonsai by a friend and was immediately transfixed. What started as a hobby quickly grew into a commercial operation, but during the nursery’s development, Roberts has been working as a chef and a culinary professor. He hasn’t been able to spend the much-needed time working with his vast supply of material.

“This is a big year for me,” he commented. This is the year that he will quit his decades-long career as a chef to grow bonsai fulltime. “If you quit a stressful life situation, you live longer,” Roberts mused as he tenderly seasoned a filet mignon, “(but) I would be lying if I were to say there weren’t some nerves.”

We laughed and drank and reveled in the atmosphere of potential energy—like a bow that is pulled taut, Roberts is at that point with his project where he has to fully commit to a target. He is intentionally reorienting his lifestyle to a slower paced synergy with a craft.

“I wake up every morning— I go for my swim, I come home, I got the dogs, I walk out the door, I got my headphones on, listening to music, working with the trees.” Roberts smiles, savoring a sip of a Napa Valley pinot noir, “I gotta tell ya—it’s pretty easy for me to wake up every day excited about life.” 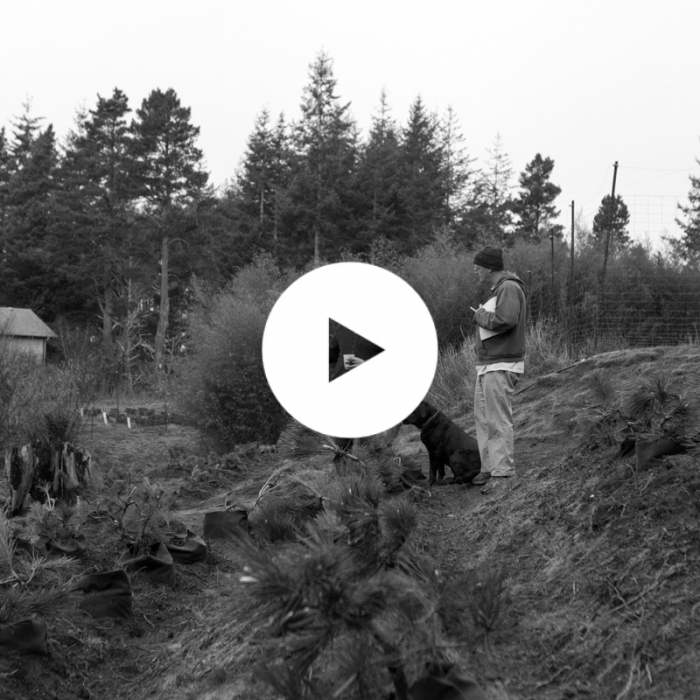 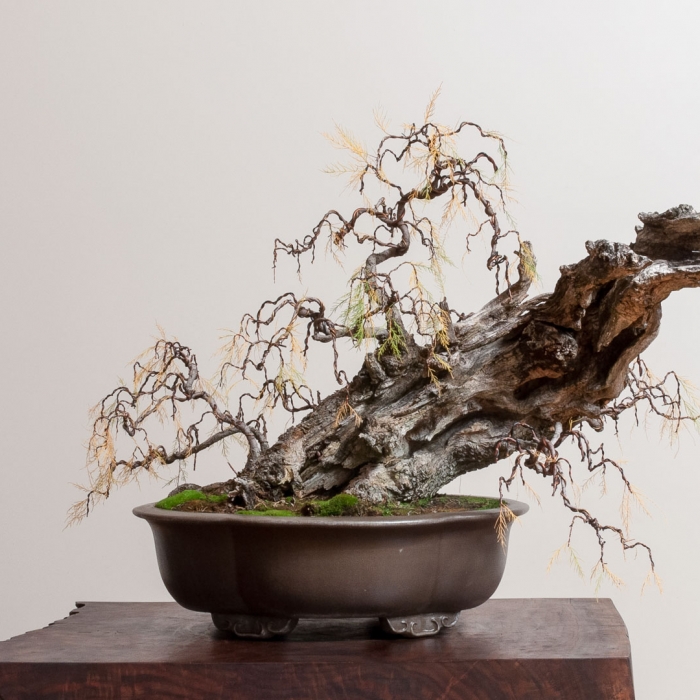