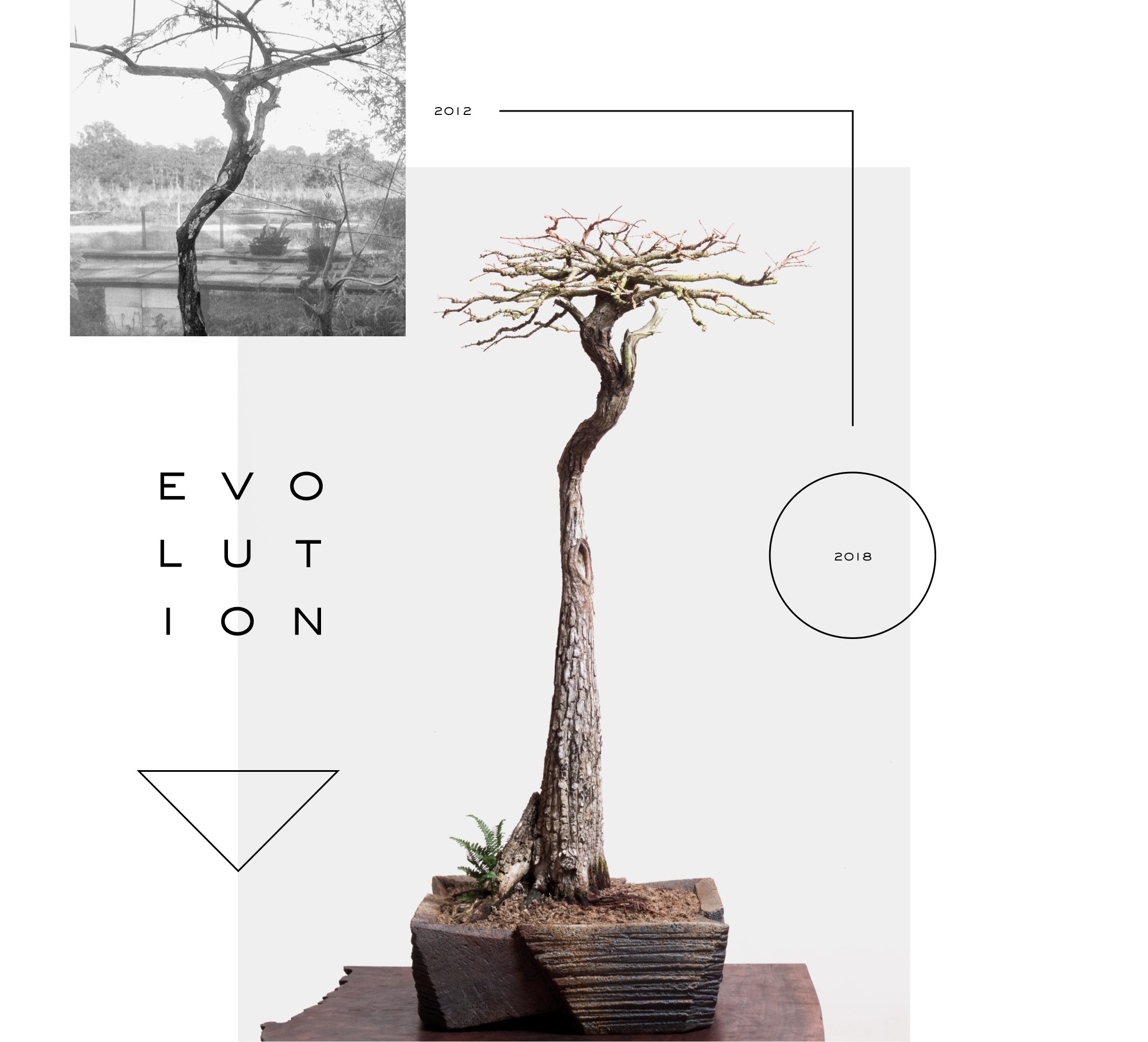 The essence of American Bonsai

Bald Cypress #1 embodies the diversity of landscape and form Mirai strives to explore through our trees. Its rapid taper, flat-topped foliage, and overall Dr. Seuss-esque form demands consideration. However, it’s influential presence is not isolated to Mirai. This tree extends beyond the garden as a representative piece of the American Bonsai Movement, capturing the essence of the Southeastern American landscape. 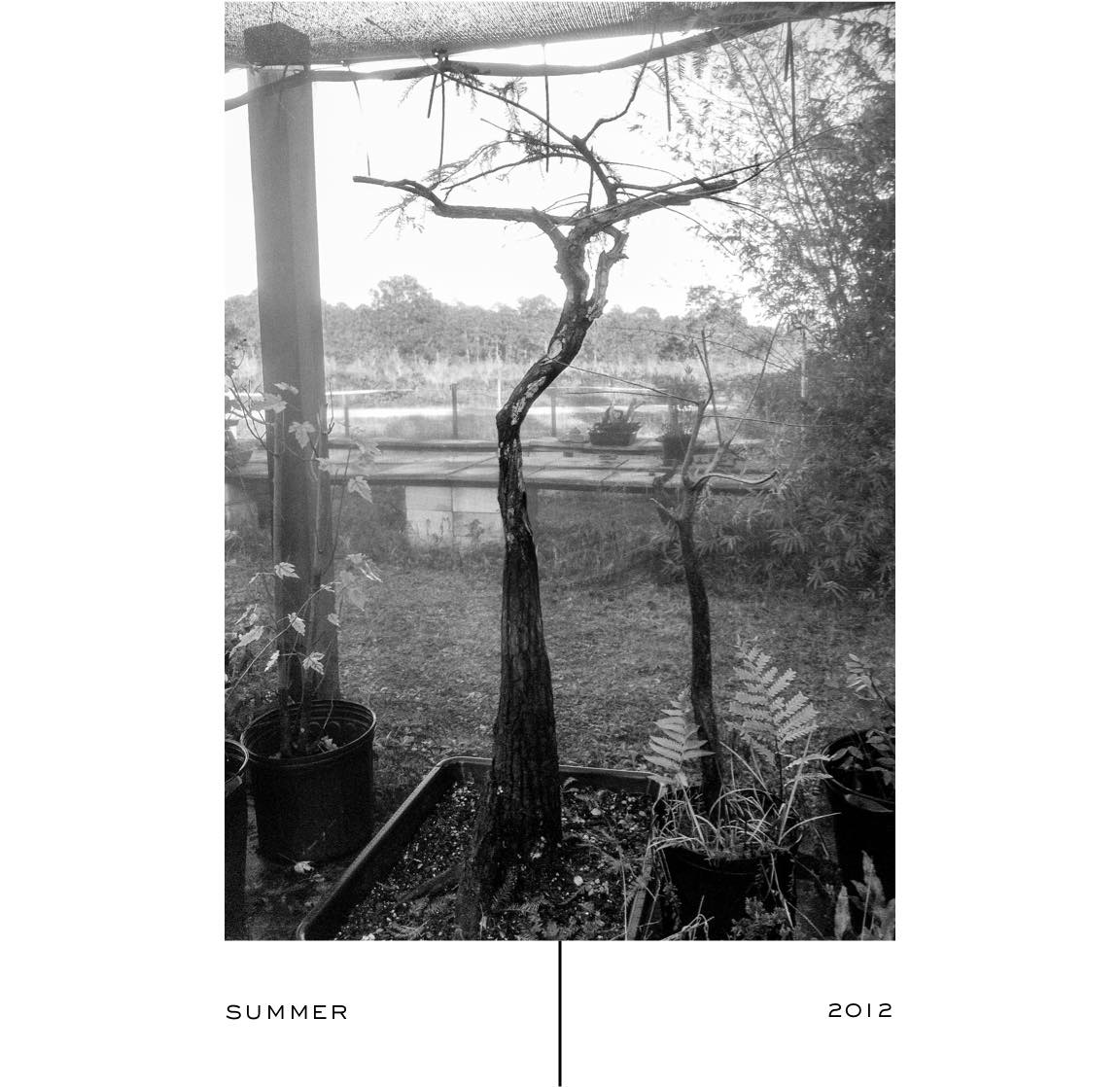 "This tree extends beyond the garden as a representative piece of the American Bonsai Movement."

The story behind the design of Bald Cypress #1 began with a cross-country road trip from Oregon to New York on the way to the National Show in 2012. Having returned from Japan in 2010, I was still deeply questioning what it meant to do bonsai as an American. As I drove from West to East, I noticed the nuanced beauty in the people and their surrounding environments, each with unique identities tied to the land. 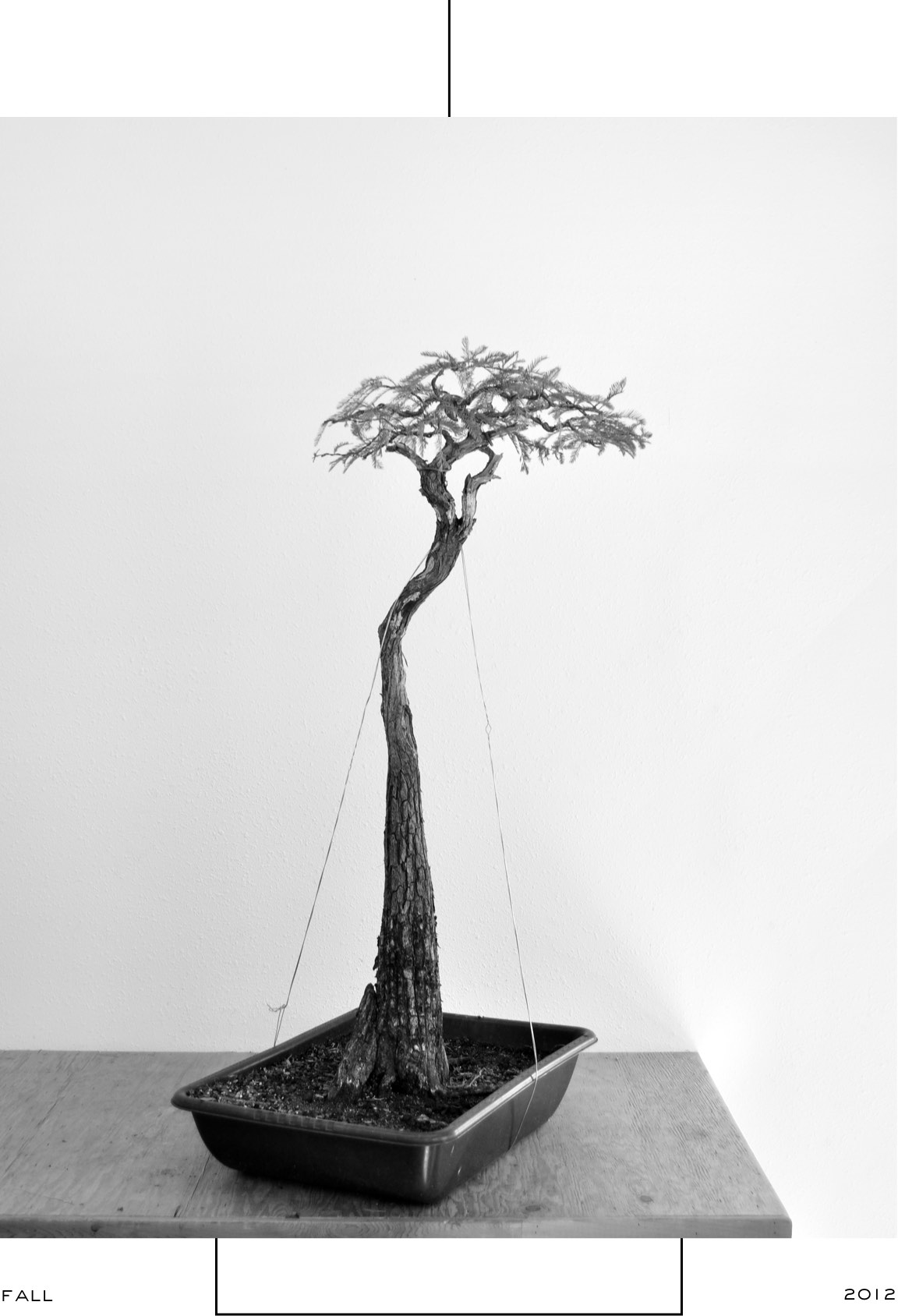 Once the trees were on display at the National Show, I was immediately drawn to a wonderfully executed bald cypress, with a lanky, flat-topped form—I thought it was amazing. So much style and authenticity, no shame in deviation from tradition, and glowing in its organic form.

I followed the judges through a portion of their judging and paid particular attention to the discussion surrounding the bald cypress. To my disappointment, the Japanese judge graded the tree poorly, he said it wasn’t how a formal upright tree should be styled. From the Japanese perspective of the common pine form he was correct in his assessment, but this wasn’t a pine.

"I had to design the tree with an intuition of what that landscape feels like."

I wondered if he’d ever been to Florida, if he knew bald cypress –how and why they grow – if he’d ever stood in their presence. With 48 hours driving across the United States, I had ample time to soak in all its landscapes and taste its cultures. In this truly unique bald cypress form, I felt that I had encountered a tree that was an authentic representation of a uniquely American environment. To see the negative judgement on such a design –my perspective shifted. 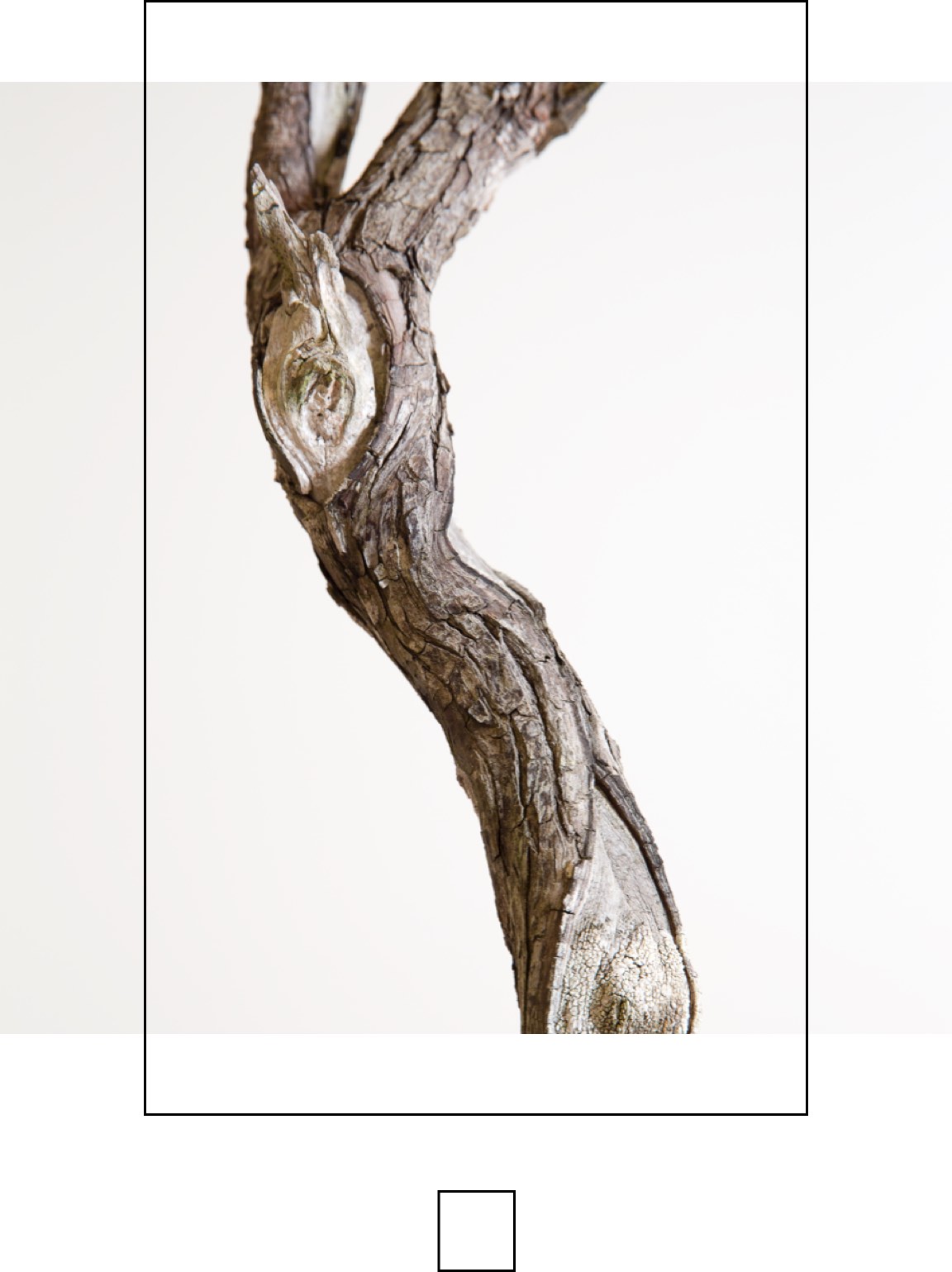 I recognized if I was truly going to make bonsai reflective of culture, nature, and the individual, I couldn’t necessarily consider the traditional Japanese design canon any longer. I had to expand beyond it. I needed to learn how to interpret trees and identify the components that make them different. My education really started at that moment of realization.

After that show, I immediately wanted to work with bald cypress. So I called Mary Madison, the preeminent collector and she said she had just the tree for me –totally natural, uncut, with rapid taper—an incredible piece of material. 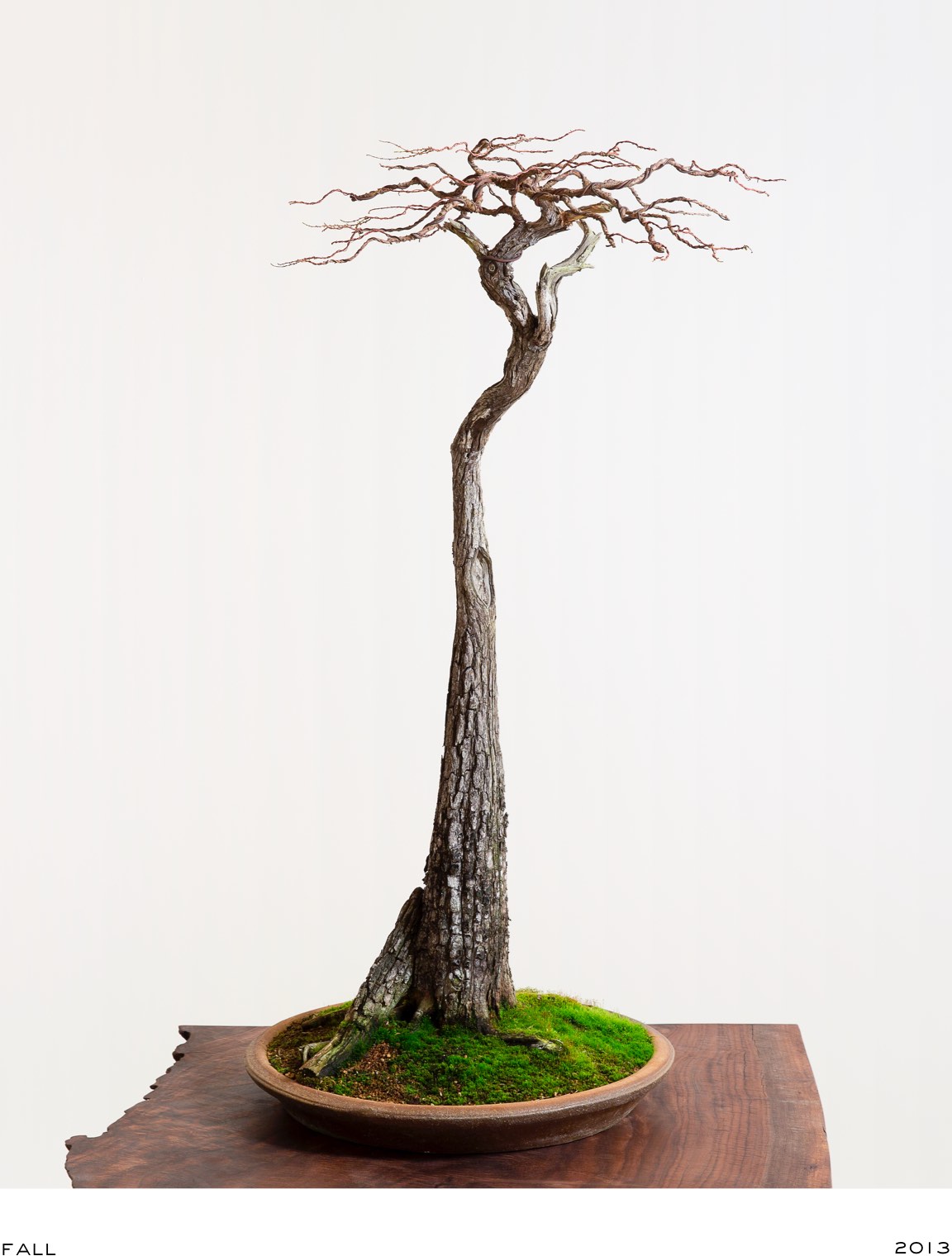 "The design carries forward this feeling, the spirit of the Southeastern United States."

When the tree came to Mirai, it was love at first sight. At that point, I had never visited the Florida Everglades, so I had to design the tree with an intuition of what that landscape feels like. It took me no longer than an hour to first style Bald Cypress #1, but I was consumed with this new exploration, conjuring a connection to an iconic environment.

The design carries forward this feeling, the spirit of the Southeastern United States. Bald Cypress #1 has been utilized more than any other tree at Mirai to offer the public a glimpse into bonsai’s capacity to capture an entire landscape in one composition. 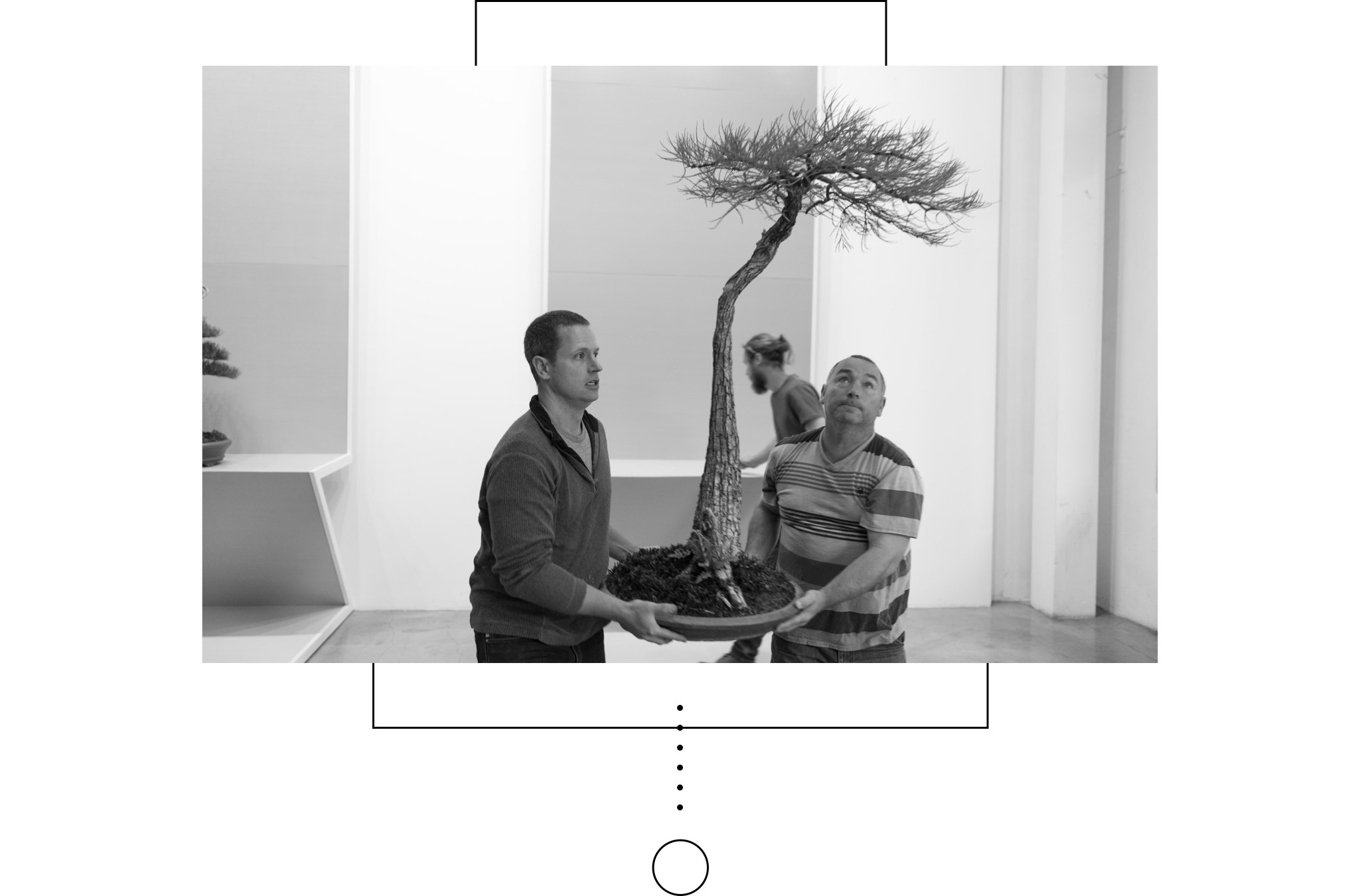 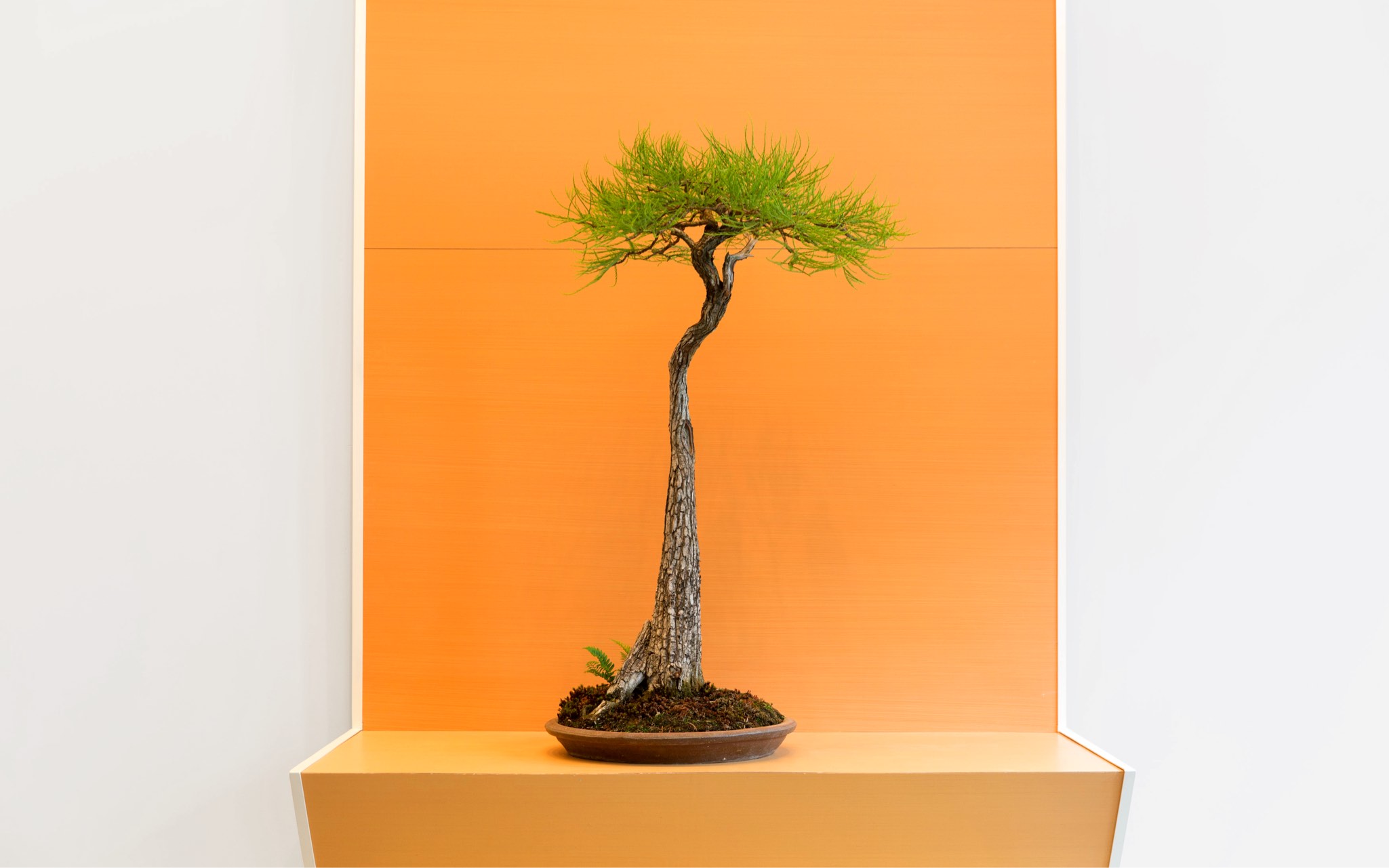 "There is immense power in its simplicity—this slender, upright tree with a flat tuft of foliage."

There is immense power in its simplicity—this slender, upright tree with a flat tuft of foliage, minimal branching and an impressive, buttressing base. It holds the spirit of what it means to practice American Bonsai, and beyond that bonsai that represents region and the environment because it falls so far outside of the traditional Japanese aesthetic. 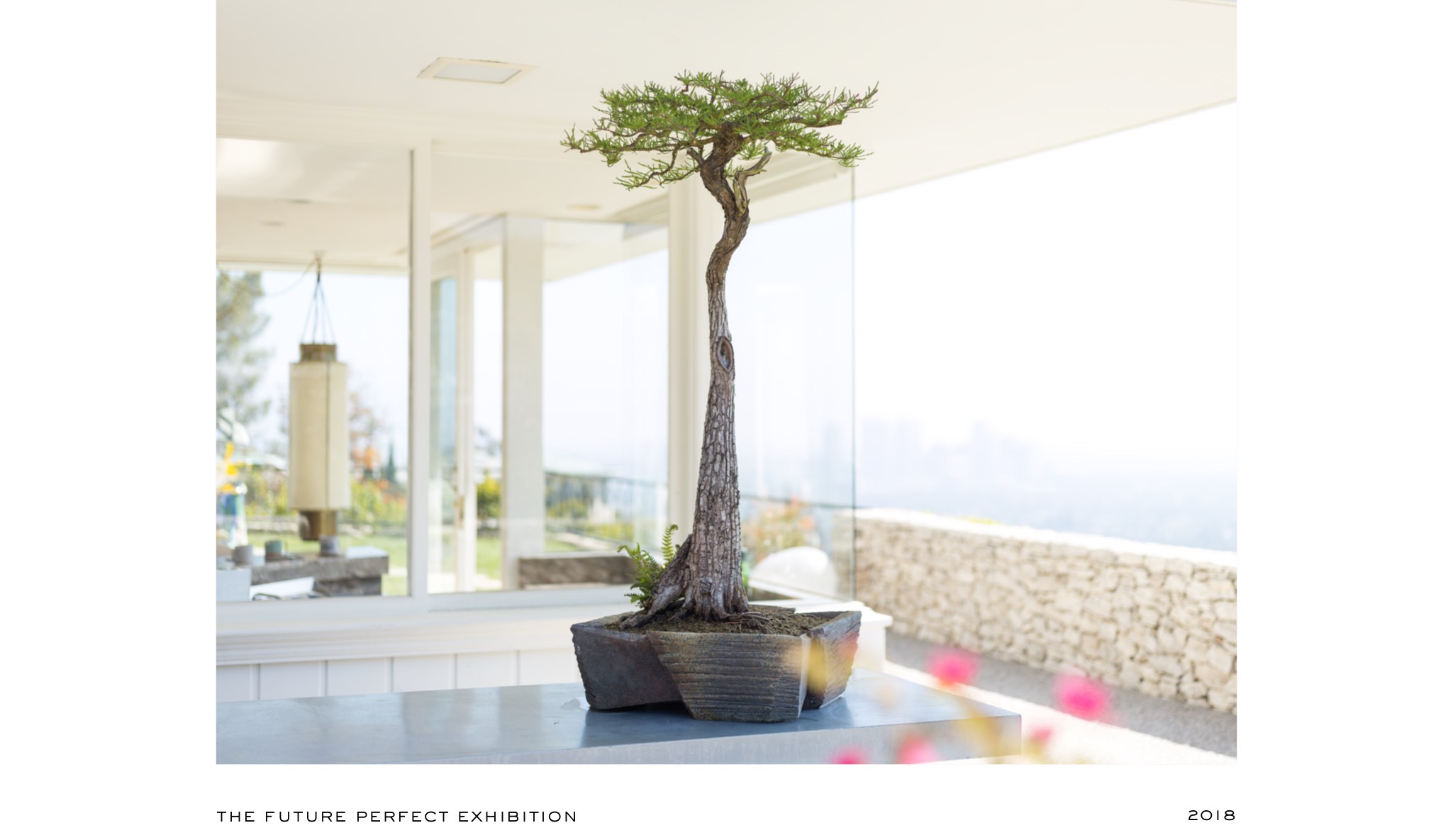 "Bald Cypress #1 helped me find that direction outside of the traditional Japanese form."

After having visited this tree’s native landscape, I recognized the feeling of the original design remained true—a snapshot of nature, culture, and the individual. This tree catalyzed my journey as a bonsai professional working with native trees that represent North American landscapes. Bald Cypress #1 helped me find that direction outside of the traditional Japanese form and to undertake the exploration of a new approach, something unique, and find the forms I see closer to home and truer to the culture that created me. 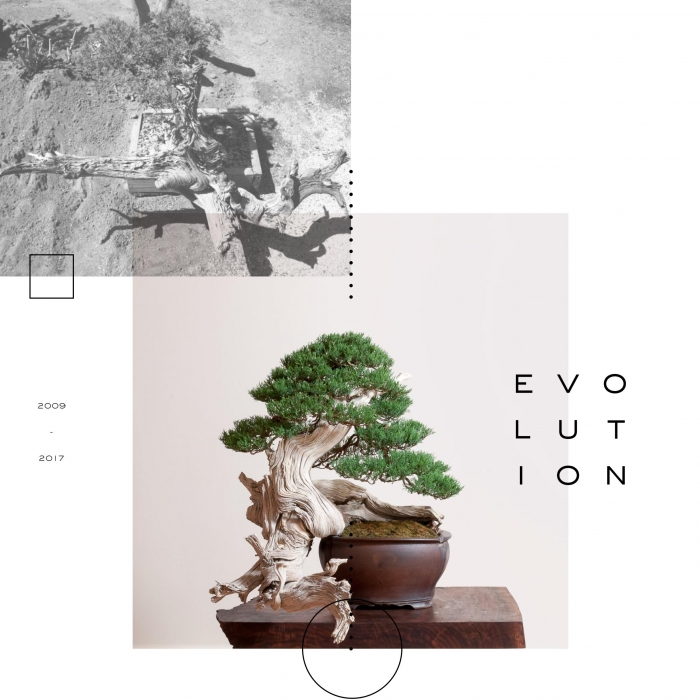 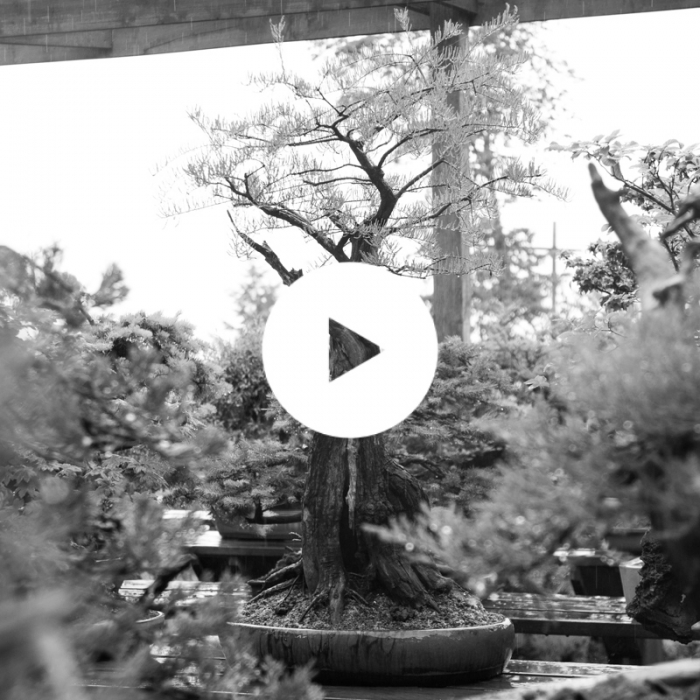 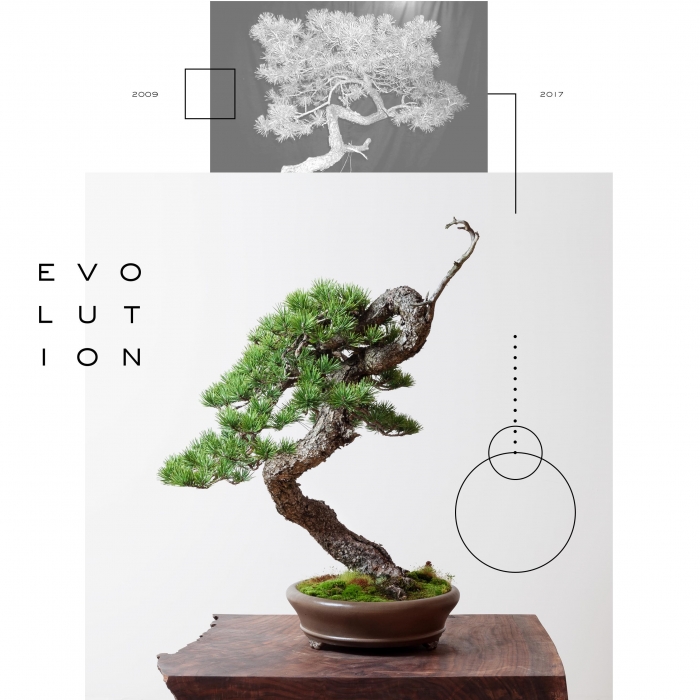