emblem of the pacific northwest

Your left arm burns a shade darker than your right, driving down the straight, flat road of US-30. Fields of grass spread over the Tualatin Valley, green tractors leave smoky trails of dust, and the Oregon Coast Range looms over the horizon. It’s not long before the highway plunges into the evergreen sea, black and yellow asphalt swallowed by the might of the Douglas firs. 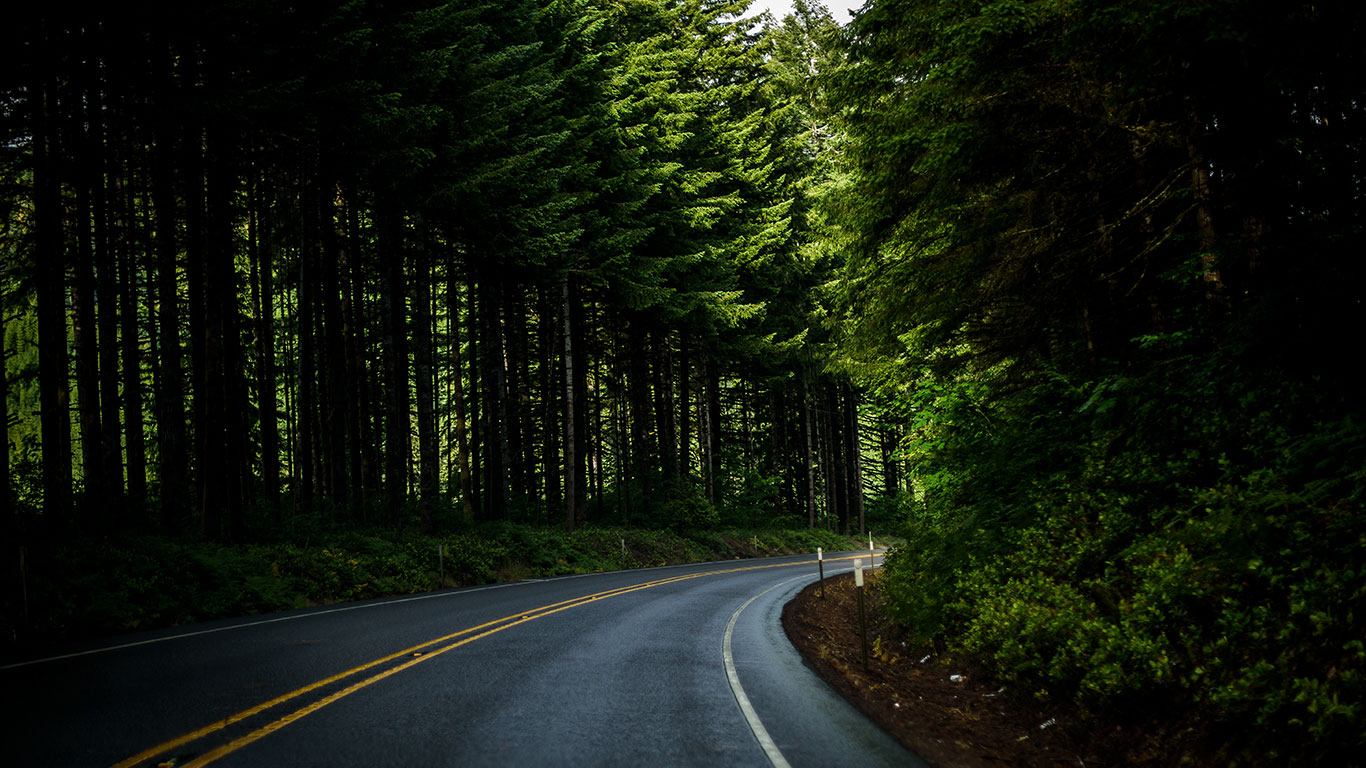 The wood’s unique strength in relation to its lightweight characteristic has made it a highly sought after material for engineering purposes, used for turbine blades, aircrafts, sailboat masts, and houses to name a few. Doug fir timber is highly resonant and useful for building instruments that rely on this property, such as guitars, harps, violins, and pianos.

Of course, these developments led to the century long logging practices that have decimated these forests repeatedly over the past hundred years. As you drive through these forests, you often catch a glimpse through the treeline: huge swathes of clearcut forests, conspicuously formed into grid-like sections. These are the footprints of this industrial practice, where remnants of a past generation lay side-by-side with the sprouting future.

"Over 16 million years ago, in what is now the American Northwest, intense volcanic activity led to one of the largest flood basalts the earth’s surface has ever experienced."

The Oregon Coast Range was formed before the Cascade Mountains existed as the towering peaks of today. Over 16 million years ago, in what is now the American Northwest, intense volcanic activity led to one of the largest flood basalts the earth’s surface has ever experienced. The immensity of this event is nearly, if not completely, impossible to visualize in its total grandeur. An estimated area close to the size of Great Britain was covered by molten rock again and again, layering and solidifying over a span of time that belittles human history to its most trivial state. The flows eventually reached the frigid waters of the Pacific Ocean, where it rapidly cooled down into pillow basalt and formed what would one day be the cliffs and monoliths of the Northern Oregon Coast. 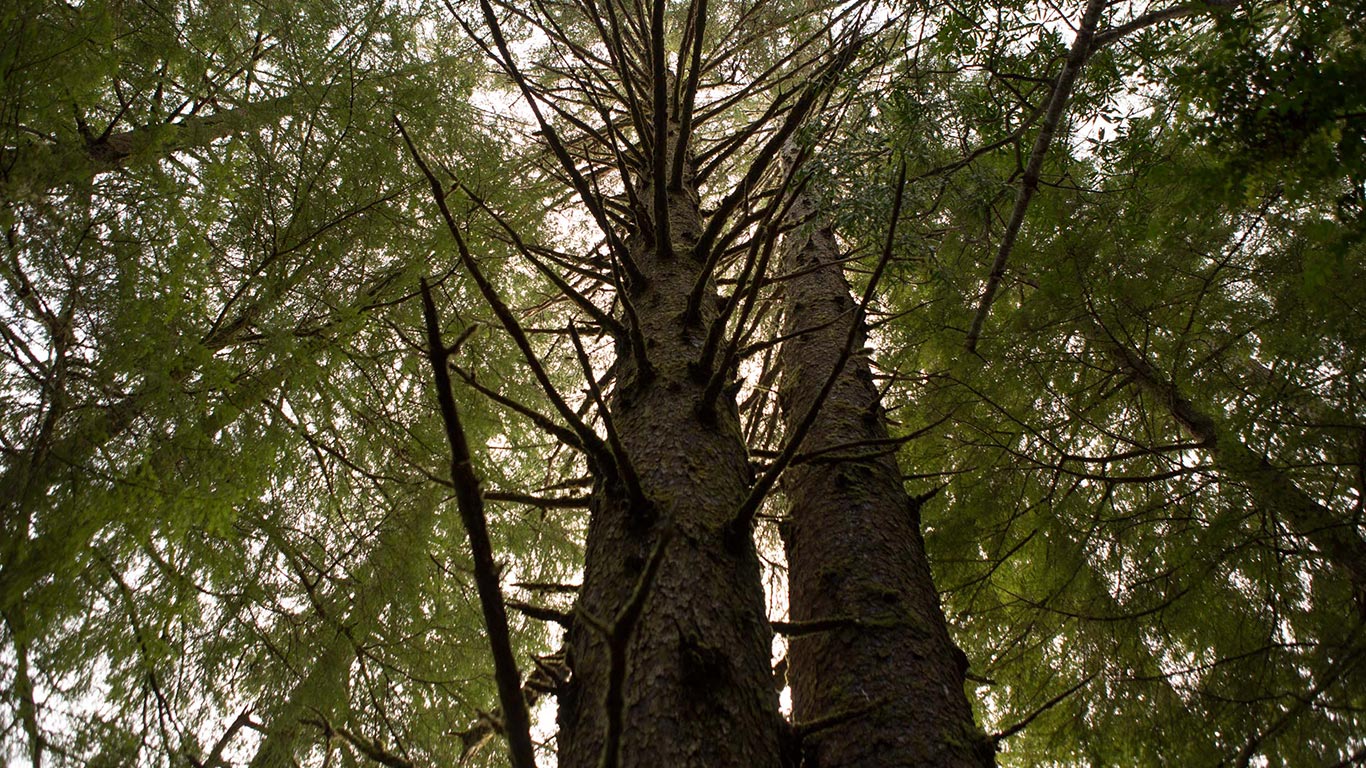 "You feel transported to a prehistoric time, a time before our timelines of treading and shaping the land to our seeming will. "

As you navigate this ancient range smoothed by time, the sky swiftly turns from blue to gray, the warm air cools as tufts of fog and mist flow freely. Suddenly, you crest over the last elevation change and the Pacific Ocean lies ahead. Haystack Rock and the surrounding Needles jut from the fog like the hand of giant, buried by the quiet waves of the coast. Here, on this northern section of the Pacific Northwest coastline, bald eagles fly among seabirds, sitka spruce dominate the windy bluffs, and ferns grow wild. For a moment you feel transported to a prehistoric time, a time before our timelines of treading and shaping the land to our seeming will.

Walking into these coastal forests, it’s hard to not feel dwarfed by the colossal size of the sitka spruce, some of them reaching 180 to 200 feet tall with trunks three to five feet in diameter. These trees, the largest species of spruce and the third largest trees in the world, thrive in the cool, wet climates of the Pacific Northwest coastal fog belt. Some of them seem to barely cling onto the eroding cliffs, roots clenching the shifting land from where they stand. Winds have taken down quite a few of these gentle giants, while those that survived bend and curve with shattered limbs. 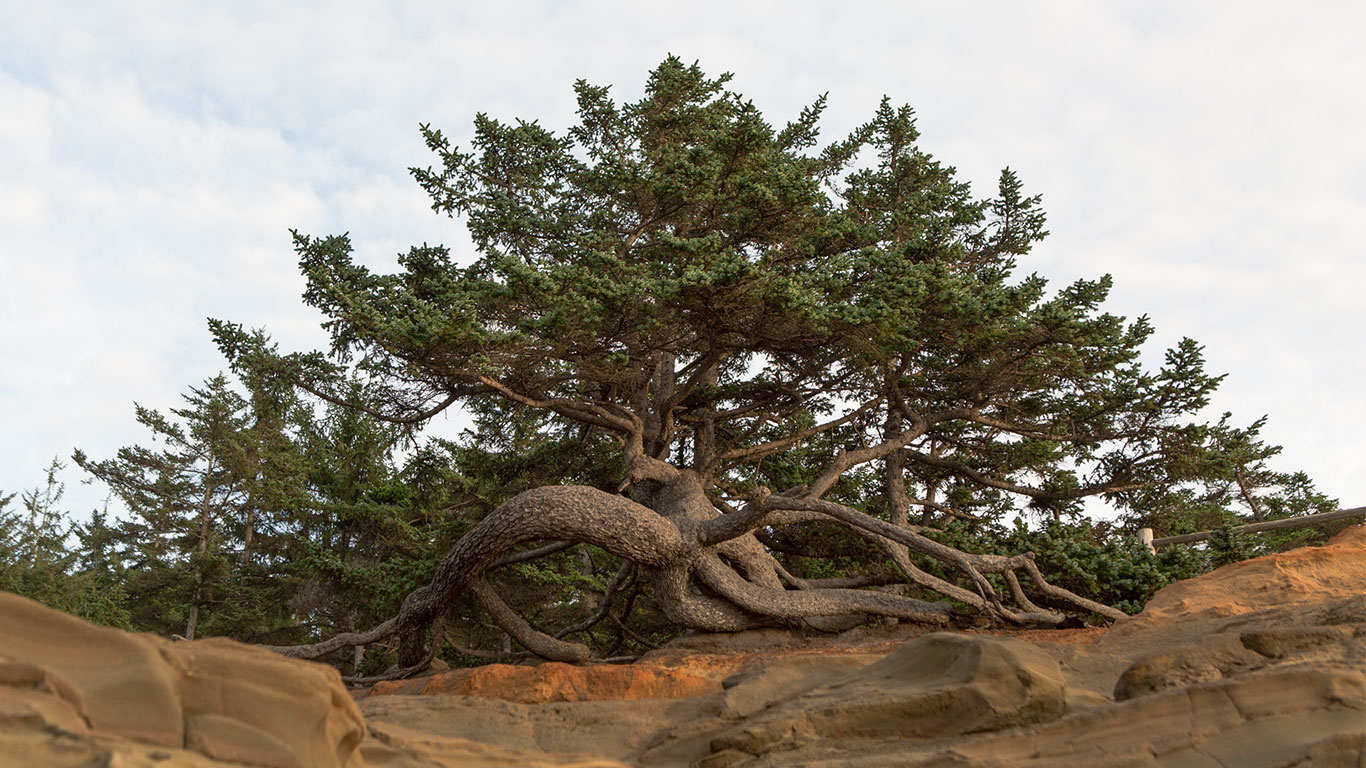 Farther south, you’ll come upon the wonderfully windswept shore pine, with their gnarled branches twisting and turning to the might of natural forces. As the coastal jet streams collide with the Pacific landmass, they push and pull the trees into the contorted shapes that they display today. What makes these silhouettes so special is that they are very much a visual representation of wind, as each arm of the tree conforms to this intangible force as it shears through the landscape. The shore pines at Mirai engage with this beautiful, natural phenomena as we further develop this idea into a genuine representation of the Pacific Northwest coast. 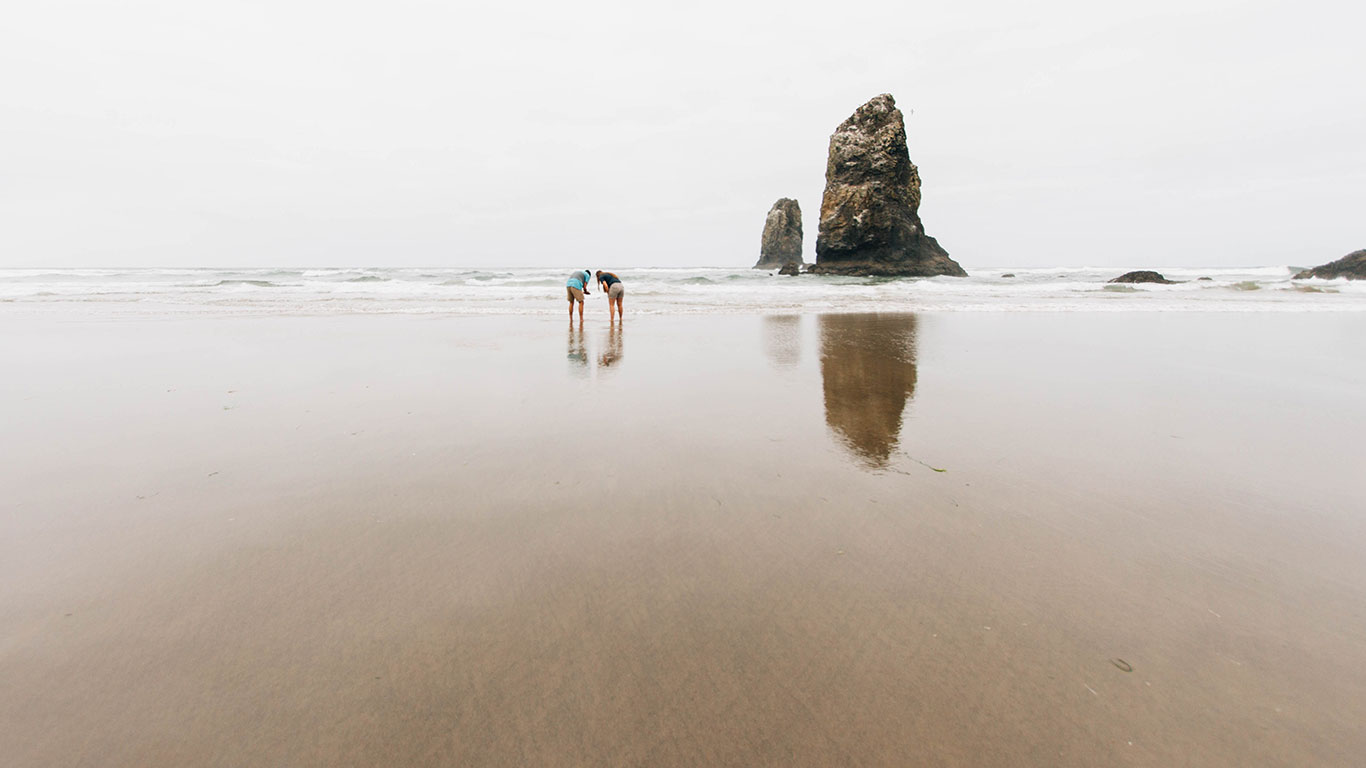 Down on the beaches you’ll find tide pools teeming with life. Starfish lay undisturbed, anemone sway with the force of each wave, mussels, urchins, crabs, and slugs, all vibrating in their microcosm of natural wonder. Waves crash into the glimmering black stone, filling the world with new life. Seals will gather in groups like friends sharing a Sunday afternoon, and if you’re lucky you’ll see a whale’s spout peek from the waves. Sea birds fly for prey, some resting on Haystack Rock and its siblings.

It’s cold, it’s overcast, it’s constantly wet, and it’s far from the sunny coastal lands most people in the world enjoy. But there’s a certain joy to be found in standing alone by these igneous giants, on cragged cliffs over seas of fog, from the glistening mushroom caps to the canopy in the skies. To hear creeks and streams sound their gentle tunes while the winds whisper to the ferns. When the woes of the world weigh more than before, sometimes all it takes is a small voyage into the unknown expanses of Oregon’s coast.

Written and Designed by: Ricardo Nagaoka